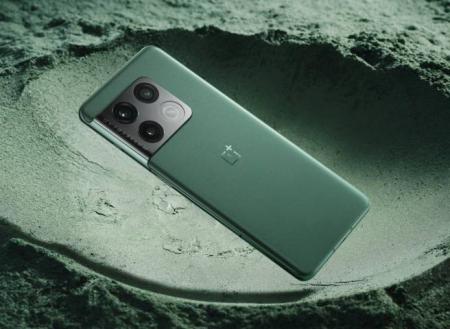 We’re still in the first week of 2022 but the gadget releases we have gotten already give us hope for the year. Technologically speaking, 2022 looks set to be a good year already. OnePlus is looking to get into the conversation early on, going against tradition and releasing their latest flagship smartphone on 11 January.

The OnePlus 10 will be released in China only on the 11th with the global release a few months out. We however know some of the device specifications thanks to the OnePlus co-founder. So, were the rumours accurate? Let’s see what the OP10 is packing inside its not displeasing Galaxy S21-inspired design.

‘New year, faster and more efficient processors’ is what we expect. And it’s what we are getting here. The OnePlus10 is packing the shiny new 4nm Qualcomm Snapdragon 8 Gen 1 which brings some decent improvements to last year’s 5nm Snapdragon 888.

The 8 Gen 1 is around 20% faster and 30% more efficient than last year’s chip, though tests also show that the efficiency gains are not that . On the popular Antutu benchmark, testers are constantly getting scores higher than 1 million. For context, last year’s OnePlus 9 with the 888 scores around 790,000.

All this to say the OnePlus 10 will be a fast phone. To note though is that most apps aren’t getting any more demanding and so the speed improvements likely won’t be felt in regular apps. Even phones with 3 year old flagship processors handle Twitter like a boss and so in such apps, we are getting diminishing returns from these faster processors.

The OnePlus 10 Pro has a huge 5000mAh battery, up from 4500mAh for the OnePus 9 Pro. This, coupled with the more efficient screen and processor mean battery life is likely to improve significantly. This could be a 2 day phone for normal users.

It took the OnPlus 9 Pro last year 53 minutes to fill up from 0-100%. The OnePlus 10 has a bigger battery but faster charging and so I think we will still get sub-hour charging speeds. For context, the Galaxy S21 Ultra takes about 87mins and the iPhone 13 Pro Max 129 mins to charge.

This is where I’m not too keen on the changes. I was a fan of OnePlus software skins for years but they bafflingly (cost cutting?) decided to merge it with Oppo’s ColorOS which I’m not a fan of. The merger was really just OnePlus’s once brilliant OxygenOS adopting Oppo’s ColorOS look and feel.

The Chinese phone Android skin feel is the reason I could never hop onto the Huawei train even when it gained full speed. I’m not alone in not liking most Chinese Android skins. Most OnePlus fans hate this ColorOS takeover.

With current phones, picture quality is determined more by software than hardware. So, the fact that the OnePlus 10 Pro has the same triple camera setup on the back (48MP + 50MP + 8MP) and a beefed up 32MP front camera (from 16MP last year) does not say much.

They however continue with their partnership with legendary camera maker Hasselblad. This partnership did not result in an exceptional output last year. Maybe the second time will be the charm, we shall see.

The rest of the specs

The OnePlus 10 has a 120Hz screen with LTPO technology. Meaning the screen can refresh itself up to 120 times a second for a super smooth experience.

The LTPO bit means the screen can change its refresh rate depending on the activity on the screen. Being locked at 120Hz, which is twice what most old/non-flagship phones have, would mean excessive battery usage. LTPO tech allows the screen to refresh at a super low 1Hz if that won’t affect the experience. Useful when reading an ebook for example. 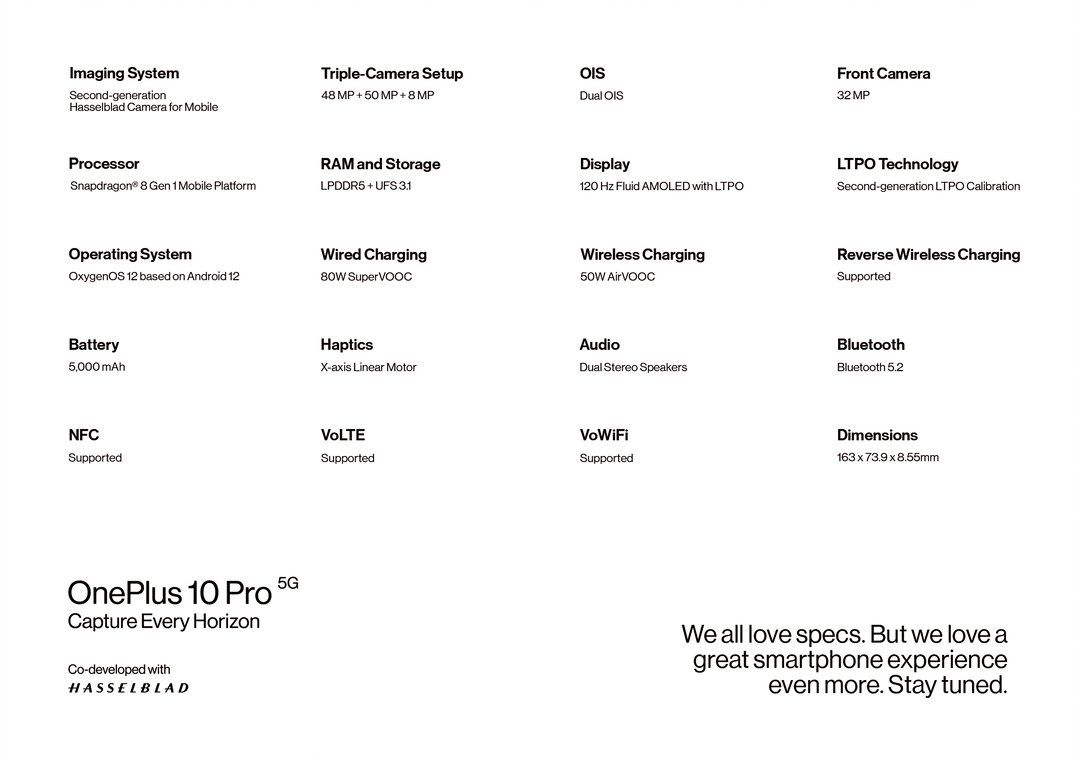 Specs as shared by OnePlus co-founder Pete Lau on twitter

The 10 Pro looks solid but is not for me

I think if you don’t mind the ColorOS inspired software this phone could be a good choice. I imagine it will be slightly cheaper than the upcoming Samsung Galaxy S22 and yet deliver a similar experience.

For me, Samsung and Google are just killing it on the software and software updates to consider any other brand. The Pixel with its Material You and the Galaxy with One UI 4.0 offer more pleasing experiences in my opinion.