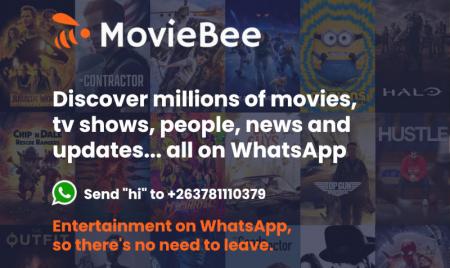 When it comes to entertainment we have an embarrassment of options these days. Want to listen to music? You have access to a catalogue you cannot run through in many lifetimes.

Want to watch television, you’re just as spoilt. There are so many movies out there you couldn’t possibly watch them all even if you tried. The feat is made even more ridiculously out of reach if we include YouTube videos.

That’s all well and good, you’ll never be bored if you have an internet connection. However, we humans were not really made to deal with so many options. Turns out this multitude of options is making us unhappy.

The science is clear, when picking between two things, we are often happy with our choices. Increase the options to 20 and we will feel like we were not able to properly evaluate which option was the best. So, the likelihood of regretting decisions increases with each option added.

This explains why the Netflix scroll is a thing. It has been observed that many people spend more time scrolling, looking for something to watch on Netflix, than they do actually watching stuff.

Some end up thinking it is because there isn’t anything good to watch, which could be the case, but it’s mostly to do with the overwhelming amount of options on offer.

We are not left to fend for ourselves in this option jungle though. Many companies have worked on recommendation algorithms that help us discover the stuff that we would like. It is easy to explain what these algorithms do but it is hard to build them out.

Netflix, YouTube and every other online video platform has one. Naturally, some are better than others at making recommendations. In the music world, the Spotify recommendation engine is just too good I don’t see myself switching platforms any time soon.

Every time they create a playlist for me it feels like there are some otherwordly shenanigans going on. It is that spot on. Can’t say the same for Netflix though. Probably because I don’t watch as much TV, giving the algorithms little to work with.

I live in YouTube land and that site has me figured out to a tee. I live on the recommended videos tab and only occasionally have to visit some of my favourite creators’ pages.

This means when I eventually want to watch a proper TV series or movie, I have to Google to find out what’s good. A Google search is just not as useful as a recommendation engine that factors in what you like already in making its recommendations.

MovieBee is “an entertainment and media WhatsApp chatbot.”

MovieBee says they will help you discover millions of movies, TV shows, people, news and updates… all on WhatsApp. That’s quite the lofty goal but, someone’s gotta dream.

Of course, one wonders how this one startup will be able to create good recommendation engines for all those media categories. Often, companies usually tackle just one and still find it a struggle. I don’t know how many news recommendation services I have tried. Bookmarking has remained undefeated for me.

So, lower your expectations if you’re going to try Movie Bee. There’s only so much that they can do via a chatbot that only works with selected genres. The specialised recommendations based on particular movies you’ve watched and enjoyed are not what you get here. Anyway…

The first plus is that MovieBee lives on Zimbabwe’s internet – WhatsApp. You already have the WhatsApp bundles and so nothing stops you from using this service.

Give it time and give it your data. Recommendation engines are a garbage-in-garbage-out kind of deal. You have to train the algorithm on what you like for it to properly suggest cool stuff for you.

Personally, I will have to remain skeptical that MovieBee will serve me well. But I’ll assume the algorithms are good enough to work for some.

I just don’t watch enough TV for it to have enough to work with. I’m a sports guy and there isn’t much to recommend in that space, I already watch everything I’m interested in.

You, on the other hand, just might like MovieBee. Try it out for free and let me know how it works out for you. MovieBee says they also have some parental controls, to make sure kids don’t end up watching inappropriate stuff.

Netflix, Amazon & ESPN+ fighting for F1 rights. Great and all but EPL is life…

10 thoughts on “Local startup takes on movie recommendations via WhatsApp”