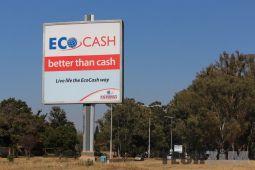 The domestic remittance playing field has been leveled. The regulations that only applied to EcoCash have been repealed.

Earlier this week we talked about how crazy it was that only EcoCash had to collect 4% tax on cash-ins and cash-outs. The bizarre scenario meant we were paying close to 12% of the transaction amount to the government every time we sent money on EcoCash.

That made EcoCash much more expensive than the competition. It was especially noticeable when the fan favourite InnBucks relaunched and didn’t have to collect the 4% tax that crazy way.

Fortunately, the regulators have found it within their hearts to change that. EcoCash will now only have to collect 4% IMT Tax when money is sent. Cashing in is now free and cashing out now only carries a 1.7% charge.

This means when you send money to a recipient who then cashes out, the total you pay in charges and taxes is 7%. This is exactly what you pay when using InnBucks, 7%. Meaning between these two, the only consideration is which one has an outlet closest to you.

The difference is that InnBucks charges 1% to send and 2% to cash out. Whilst EcoCash does a 1.3/1.7% split. In either case, there’s no sugarcoating it – sending USD using formal channels is expensive. The government’s 4% cut is just too high.

The government makes more from these transactions than the service providers. I do not know how you define excessive taxation but I think we can agree that this is a ridiculous situation.

The tax has done nothing of the sort and it never will. When they announced this we all thought, oh silly regulator, that won’t work. Now, I’m starting to think, that was just a diversion story, it was all about increasing tax.

EcoCash introduced vouchers through which users could avoid paying the excessive IMTT situation discussed above. If you use the vouchers you will still pay 7% in charges and taxes.

So, the advice we gave earlier is no longer solid. Vouchers are no longer a better option.

I don’t know how the vouchers are going to catch on, now that regular old EcoCash costs the same.

See, I don’t imagine even EcoCash was ecstatic about introducing the voucher. They already had a service that customers were familiar with.

Why would they want to confuse people with a new remittance product that did the same thing? When people hear the name ‘EcoCash’ there is a certain image that comes to mind and it involves cashing in and out.

The tax situation forced their hand and they had to push the voucher. Judging from my circles, people had not gotten their heads around the vouchers. It doesn’t matter now. The message now is that EcoCash FCA is a solid option in the USD remittance game again.

If you’re sending USD don’t cash into EcoCash, use the vouchers instead

InnBucks is back as a bank, is it still as low cost as it was before?

10 thoughts on “EcoCash FCA now cheaper to use, no more cash in/cash out taxes”