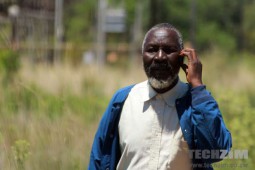 I wish insurance and pension talk was as fun as MK11 tournaments are. It may not be fun but we still have to have the conversation. Over 60% of Zimbabwe’s population is informally employed and without any pension cover.

That means even when old age comes, most will have to keep working until they drop dead. I am in my 30s and already feel the energy dwindling, I can’t imagine what having to work at 70 would be like. That sounds terrible.

If that’s the case, why aren’t we all making plans to get pensions? We touched on one, the formal financial sector is not innovative. They won’t tweak their business practices to accommodate the majority that are not formally employed.

So, for most, even if they want to, there aren’t many businesses offering them pension products out there.

Then there is what the RBZ governor called ‘short term focus’ by Zimbabweans. He is right, we do focus on the short term.

It’s mostly because the economy has been in the gutters for a long time and we have been in survival mode the whole time. It is hard to think about 2050 you when current you is in danger of going hungry.

We can’t forget that Zimbabweans have been burnt before. They twice had their pensions and insurance plans reduced to nothing when the economy tanked. The economy is not doing too good today and you can forgive us for not considering pensions.

It doesn’t help that we see pensioners getting literal peanuts from NSSA after decades of forced pension contributions. Just last month, some pensioners were getting US$5 a month in payouts despite contributing thousands during their working years.

Econet Life looks to solve for one of the challenges above – the lack of products tailored for the informally employed. They recently launched the Dura/Isiphala micro pension scheme which is targeted towards the informal sector.

Details are scarce but indications are that there will be no payslip and affidavit hurdles for ordinary Zimbabweans to join this pension fund. That’s a great start. Here is how it looks.

The Dura pension scheme is flexible. Econet Life revealed that those who join will be able to use the investment as collateral to access short term loans, earn interest and access a portion of their investment after just 12 months.

I think it was a genius move to include that. We’re dealing with a population that thinks planning 2 weeks ahead is long term planning. So, it may be a stretch to ask them to contribute for 20 years straight before they see a cent of their investment. This hybrid fund allows people to access some of their investment after just 12 months.

The contributions situation is not ideal. However, Econet Life promises that EcoCash FCA wallet integration will be coming soon. People will be able to pay using EcoCash and not have to make contributions physically.

Solid product but may struggle

We know the Econet group makes noise about its products and services. They aren’t as loud about Dura as yet. They haven’t even made it easy for people to get more information about the product.

That’s not the main issue though. Econet Life Dura brings pensions to the masses but unfortunately it doesn’t fix the other problems we talked about above.

Dura is USD denominated but that means nothing in Zimbabwe. The Zimbabwean government has been clear on this, at some point in the not too distant future they would like to move away from the USD.

What happens when that happens? How do we translate the USD balances in funds like these? We can be certain there will be winners and losers and I doubt the everyday man will be the winner. I think this uncertainty is the biggest reason for the short term focus we’ve been blamed of having.

Those are my 2 cents. What do you think about Econet Life Dura/Isiphala? Let us know what you think in the comments below.