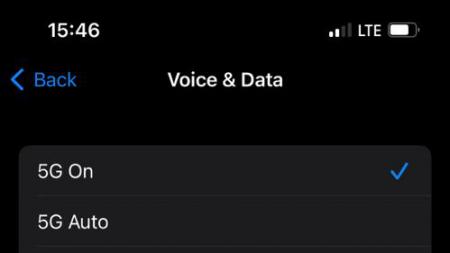 We had a collection of Apple devices announced last week and if you missed it we had the latest heap of iPhones with the highlight being that US versions of the iPhones are ditching the physical sim slot. So it’s only a matter of time till other regions get the same treatment as well as other smartphone makers jumping onto that bandwagon.

Another one is that the iPhone 14s also came out of the box with iOS 16 with a bunch of new software stuff, again the biggest one being the new lock screen and its ability to interact with elements of the wallpaper to add depth to it. More customization.

What’s also some really good news for Zimbabweans is that iPhones that are capable of 5G connectivity will be receiving the long-awaited 5G option in the mobile internet settings. This is being made possible through iOS 16 so for those who have iPhone 12s, and 13s and for those living on the bleeding edge of technology the iPhone 14s, the 5G option is now available.

Note that this does not mean your phone can get 5G via a software update. Your phone has to have the hardware to connect to a 5G signal. So for iPhones in Zimbabwe, only those that already have 5G hardware in them will get a 5G option made available to them through this update. It’s just making the option available for a feature that the phone was already capable of doing.

We are yet to get a chance to run some 5G tests of our own in Zim so stay tuned for those. Also for some Apple users with the Apple Watch Series 7 in Zimbabwe, you’ll be happy to know that iOS 16 finally brings the ECG feature to the Zimbabwean region. A little update if you had not seen that one.