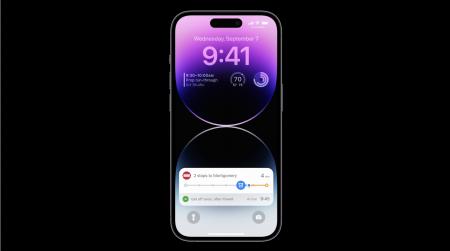 Apple just dropped some fresh new hardware and we have quite a lot to talk about. And we will waste no time and jump straight into the iPhone 14s because there are a lot of interesting product decisions Apple made.

Remember the iPhone 6 and the first intro of a bigger iPhone with a plus in front of the name? Well, it’s back. The iPhone 14 has an iPhone 14 plus which is just a stretched version of the 14.

Both will use the same hardware everywhere else including the cameras. However, the most weirdest stunt they pulled is that they used the A15 bionic CPU from last year. Granted it is still one very very powerful processor and can run laps around anything the Android world can offer but if you own an iPhone 13 then this is essentially an iPhone 13s and 13s Plus. And if you own an iPhone 13 Pro or 13 Pro Max then getting the regular 14 and 14 Plus will actually be a downgrade.

The 14 and 14 Plus are still rocking the notch and some improvements to the selfie camera for better low-light performance. On the back, they both have just 2 cameras and both are 12MP also supporting their sensor-shift tech for better and more agile image and video stabilization.

Then we have the Pros and here is where things look a bit different. The notch is gone on the 14 Pro and 14 Pro Max and it has been replaced with a pill-shaped cutout that they are calling Dynamic Island. This is because the software is using the cutout area as a notification and widget segment for apps like the Phone app,  Music,  Maps, Wallet, Voice, Memos, and Clock.

It’s also coming in with the latest and greatest A16 bionic CPU which just extends the gap when it comes to the most powerful CPU in a smartphone. No surprises there. The 14 Pro and 14 Pro Max are also coming with 3 cameras instead of just 2 on the 14 and 14 Plus. And as the cherry on top Apple finally brings the Always On display to the iPhone. You know it’s crazy that I started seeing always-on displays on phones like the Nokia E63 back in 2008.

The Sim slot is gone…Sort of

Anyways we are happy Apple finally brought it to the iPhone. But the whole iPhone 14 series has some more features deserving a special mention. The biggest one is that they have deleted the Sim slot. Yes. iPhones that will be sold in the US will not come with a slot for a physical sim. They will 100% support eSims which Econet just released in Zimbabwe last week.

So if you are importing your iPhone 14 from the US just be sure you keep that in mind. Also, I can’t wait to see how smartphone dealers in Harare explain that one to their customers.

They will all support what Apple is calling a photonic engine which will play with the improved cameras but lean very heavily on software to produce better low-light photos. Apple claims 2x better low light performance in photos taken with the telephoto and ultrawide cameras and 2.5x on the main camera.

Speaking of cameras, the main camera on the Pro models is now 48MP up from the 12MP sensor. And it will be running 4 to 1 pixel binning essentially taking the information from 4 pixels and combining it into one. The math wizards may have realized that the resultant resolution of the photos is still 12MP. But you can capture 48MP photos in ProRes image mode if you really need all the pixels. The camera can also provide a 2x telephoto image by cropping into the 48MP sensor. So more zoom options thanks to the higher res sensor.

There is also emergency SOS via satellite where just like with GPS, the phone can connect to a satellite in space so you can send emergency messages if you are stranded in an area with no mobile network or wifi. And to help you lock onto a satellite for the best signal there is a built-in satellite tracker that shows you where the best signal is. Apple says this service will only be available in the US and Canada for now and also that it will be free only for the next 2 years. After that, you’ll be subscribing to that service.

Buy the 14 Pros. Non-Pros are a fleece

Personally, I think the iPhone 14 Pros are pretty desirable all things considered but the non-Pro iPhone 14s seem like a step back. Or at least they should have been much cheaper simply because of them using a year-old chipset and lacking that 3rd camera sensor.

If you have an iPhone 13 already believe me that a regular 14 or 14 Plus is not the way. Rather go right ahead and buy the 14 Pro or Pro Max. They still have the same starting price of the 13 Pro and 13 Pro Max.

Oh, they also introduced an Apple Watch Series 8, Apple Watch SE, and a fresh new Apple Watch Ultra to the Apple Watch family. It’s a more rugged and more feature-packed watch than the series 8 featuring more tactile buttons that can be used with gloves so you know it means business.

Also to keep you from getting lost you get weigh points on the watch to aid in your orientation in low visibility situations just to keep you going in the right direction and also a backtrail feature that logs your trail and shows you where you came from in case you get lost or need to go back where you started.

We also got new AirPods Pros and these now have spatial audio which just makes the sound more immersive by adding a lot more directionality to the audio. So apart from left and right, you will also hear forward and backward, up and down, and everything in between.

Battery life is now 6 hours for the buds alone and also the case now has a speaker that plays a tone to help you find it a bit more easily if you happen to misplace it. Really far out stuff here. And this is the summary of Apple’s Far Out event. Let’s see how many of you want to buy some iPhones.