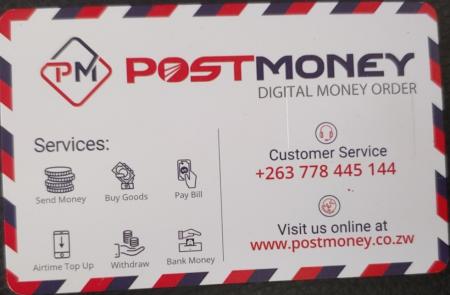 There is no shortage of domestic remittance options in Zimbabwe. By remittance we are of course talking about the transfer of USD within Zimbabwe. Every one wants in on this lucrative business.

Zimpost has been in this business for a while. About a decade ago they launched Zipcash, a local and international electronic money transfer service. The service still exists today. It has had its users but has not taken over the market.

Much has been written about why Zipcash’s growth stalled. Little to no marketing and cash shortages at post offices were the main reasons.

Zimpost decided to have another crack at it and they launched PostMoney late last year. This time around they decided to lean on mobile and they are doing that in an interesting way.

We’ll get to the interesting way but first off, does PostMoney check enough boxes to succeed?

All ZimPost outlets across the country double as PostMoney branches. There are over 240 outlets and they are distributed widely. So, while InnBucks has a comparable number of outlets, Zimpost has a better presence in rural areas. Even in my neighbourhood in Mabelreign, we have a ZimPost but no Simbisa outlet.

Back in the day, Zipcash could not compete with the massive agent networks that mobile money players had, especially EcoCash. Those agent networks are no more and Zimpost is one of the best in that regard now.

PostMoney charges 7% just like most of the competition. With 4% of that being tax. Zipcash is even cheaper at just a total of 5% in charges, meaning they only charge 1%, with 4% being IMT Tax.

This is what tripped Zipcash up according to Zipcash MD. Like we always talk about, when it comes to USD, Zimbabweans use cash. When we receive money using these remittance services, we typically withdraw all of it at the earliest convenience.

So, a remittance service that does not have cash at its outlets is dead on arrival. I don’t know how PostMoney is doing on the cash availability thing. What I know is that it’s harder for them to solve for this problem than it is for a competitor like InnBucks which has cash flowing in at all their outlets.

PostMoney is still working on this. Currently you can’t pay your bills or even buy airtime.

When you register for PostMoney you get a little item called a SIM-Skin that sticks to your SIM card. The SIM-Skin acts like a parasite and uses your SIM card to communicate with PostMoney servers. It does not matter which network you use, the SIM-Skin will use that SIM card to send out information.

This all sounds convenient for the user but it comes at a literal cost. The SIM-Skin costs US$1. This means effectively, it costs that much to register for PostMoney. The competition does not charge anything to register someone.

Then there is the issue of the SIM-Skin sliding out of contact with your SIM. If that happens you will have to first restore the connection to use PostMoney. Thing is you might not notice that the connection was compromised until you want to transact. That is the worst time to find out and this may be a nuisance.

If you swap out SIM cards regularly I can see this feature getting on your nerves pretty quickly.

Do you think PostMoney will thrive?

On paper, it looks like PostMoney should take over the market, or at least compete. I think the marketing effort is what will ultimately decide whether it thrives or becomes just another also-ran.

Being government-owned, Zimpost has to house the competition at their many locations. This is in the name of financial inclusion. You know that you can get your Access Forex funds at Zimpost across the country, right?

So PostMoney doesn’t get to have exclusive use of the good Zimpost branch network.

That’s not insignificant but I maintain that the major hurdle is the marketing one. ZimPost does not have the best of brand images. For the longest time they were associated with lack of ambition and innovation. It will take some effort to change that perception.

What do you think though? Have you used PostMoney? What was the experience like? What does Zimpost have to do for you to use the service over whatever solution you currently use?

InnBucks is back as a bank, is it still as low cost as it was before?

EcoCash FCA now cheaper to use, no more cash in/cash out taxes

7 thoughts on “PostMoney has (almost) everything needed to succeed in the domestic remittance market, will it though?”