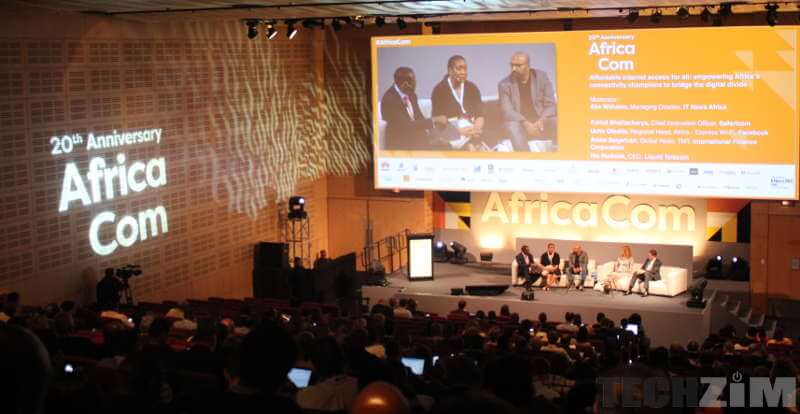 Yesterday, one of the panel discussions at the AfricaCom 2017 event titled “Start with the problem, not the solution – what keeps your target market awake at night?” brought to light an aspect that should always be at the core of every startup or entrepreneurial endeavor but sadly seems to be overlooked. I realised how increasingly important it is for this to be hammered, even more particularly for startups that leverage on technology.

I’ve noticed that startups bring about phenomenal concepts based on brilliant ideas but somewhere somehow they never seem to take off, why? Is it a money issue? I highly doubt that, though yes of course sometimes it does play a  role. In fact the same discussion addressed this money issue so you might want to read this. Nevertheless, in my opinion (and the AfricaCom organisers) the main reason for startup failure is basically the fact that their innovations do not fit their target market.

This phenomenon can be divided into two where one has everything to do with context while the other has to do with not addressing a problem at all.

The first one i.e ‘solution’ being out of context occurs mainly when ideas are lifted off another country, even worse from a first world country! First world problems are totally different from ours for starters and so are the conditions of implementing  the solution. Yes, the idea could be super cool and all but you should always ask yourself how useful this is in context. It’s quite tempting to implement the latest and greatest tech concepts such as Artificial Intelligence (AI) and Virtual Reality (VR) but question is: Is Africa read for such? Let alone Zimbabwe?

See, you could easily take for granted how tech savvy your target market is, or even worse take for granted how willing they are to be tech savvy or learn about your product. An example from the top of my head is say you figure out that the people in a particular rural area have problems catching the bus to a certain area because the buses there do not have a fixed timetable. You then think of a mobile application as a solution to that. I know the example is extreme and sounds ludacris but believe you me some of our innovations out there are pretty much out there!

The second part of the phenomena as I had stated is coming up with ‘innovations’ that do not address the problem at all. Usually this happens when you start thinking at solution level then come down to deducing a problem… yes it happens and it happens quite a lot!

See sometimes you are intrigued by a product and find it really amazing. You find it soo amazing such that you can’t help but want to put in on the market, you then decide to craft some problem just so you justify bringing your idea into the market. But guess what? The disappointment of going all the way into producing your product, pitching and what not then have a handful if at all use your product is far worse than that of just thinking of an idea and shelving it or distorting it by making adjustments to it.

I know sometimes you can really find yourself attached to your idea so much that you don’t even want take heed even to the most logical things because it all sound like some unnecessary negativity. It’s basically like any typical boy-girl relationship where the friends whose judgment is not clouded by whatever is clouding yours tell you how bad of an idea it is but to you it just sound like some nonsense based on jealousy – but we all know how that one often ends right?

So how do you then not avoid making this mistake?

Your target market is that bunch of people who your product is meant for. I remember when I first joined the TechVillage in Bulawayo, they kept emphasizing on the point of validating your product. It’s not even an expensive exercise after all. Go out on the streets, ask random people whose opinion you won’t just label jealous or whatever. Ask them if they would use such and such a product. You can even try distancing yourself from being the brains behind it because some people might then just feel obligated to tell you exactly what you want to hear which is not necessarily what you need to hear.

Besides actively asking, study your market. Read news papers, watch tv, read Techzim (the opportunity showed up, so I took it lol), visit the area if it’s area specific, etc, just do all you need to do to know about your market.

Then lastly and most importantly in one line: be willing to adjust to the market’s demands.