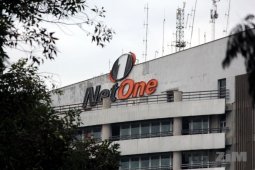 From January to September 2017 the Government of Zimbabwe collected 2.6% more revenue than the targeted revenue collection. They performed better than their budgeted expectation. However parastatals and state owned enterprises were not really to thank for this performance.

In his 2018 National Budget presentation Finance and Economic Planning Minister, Patrick Chinamasa revealed that government had revenue of $2.812 billion which was more than the expected $2.741 billion. However the better performance was all attributable to better collection of taxes whilst non-tax-revenue actually performed below expectation.

The target non-tax revenue was $221.6 million but government only got $168.1 million. He went on to explain why tax collection had outperformed expectation.

In Chinamasa’s explanation of why non tax revenue performed poorly he directly and indirectly mentioned Telecel and NetOne, the two Mobile Network Operators that the government owns.

Direct Mention of Telecel and NetOne

The minister said the non tax revenue which under-performed by 24.1% includes interests, dividends and licenses due to the government as well as rentals, fees and fines collected by government departments etc. He then said:

The non-performance of this revenue head is mainly due to partial remittance of pension contributions, non-payment of anticipated telecoms licence fees by Telecel and Net One, that were due on 30 June 2017, and lower than anticipated dividends from parastatals.

The story of the Telecel license is not a new one. As we remember, on 27 April 2015 POTRAZ cancelled Telecel’s license and gave subscribers 30 days to find alternatives. Reason? Non paid license fees which were two years late at the time.

The controversy around the issue escalated with Econet questioning the fairness of being the only ones that pay the fee which would immediately impact their competitiveness against competitors who do not.

However, the High Court reversed the said cancellation and Telecel managed to negotiate with POTRAZ to pay their licensing obligations in installments over a period of 7 years. From the above quote it looks like Telecel is at least 5 months late with an installment even though it is not clear how behind they are since the 2015 commitment was made.

The NetOne licensing story was not told that much. However, in January this year NetOne mentioned they had paid $4 million to POTRAZ as an installment on their license obligation. They committed to pay the remainder over 10 years.

When you consider that the license fee is $137.5 million you realise that the two operators are really paying in drips and drabs and you wonder if perhaps there is too much leniency by their shareholder: government. Econet on the other hand, paid its license fee when it became due in 2013. In fact Econet has to date paid for its license when due (they paid $100 million when they initially got it). Their competition? Hmm…

According to Chinamasa’s budget statement, the Zimbabwe Government was expecting $7.5 million from Telecel and NetOne combined by 30 June this year and it hasn’t yet come. This is obviously an interesting story for us and we will be following it up with the two companies.

Indirect Mention of Telecel and NetOne

The budget statement indirectly mentions the contribution of Telecel and NetOne to the poor performance of non-tax revenue. This time all the government owned or partially owned telecoms companies like TelOne, Powertel, “Africom,’ ZARNet… and their parastatal cousins are included.

The treasury expected to collect $30 million in total dividends from all enterprises that the Zimbabwe Government has shareholding. How much did they get? $0. Yes, they got nothing!

Telecel can be excused from this one because they just came out of a drawn out shareholder battle that eventually resulted in their  acquisition by government in November last year. They might not have had time to recover and hopefully they will be able to reward their shareholder in the near future.

NetOne could not pay out a dividend, they made a loss of $2.7 million last financial year which was an increase from the $2.6 million loss of the previous year. This is obviously of concern to the government which besides being a shareholder is a a lender to the company. The government is also a guarantor to debts incurred by NetOne for example the $218 million facility the company secured from Huaweii.

TelOne also made a loss in the same reporting period. For both companies legacy debts have been cited as the chief reasons for the losses. It is obviously worrying that the government failed to receive any dividends from all the companies it is invested in. Not just the telecoms sector but across the economy.

The Finance Minister in his budget mentioned that they want to look into consolidating some of the parastals, reforming some of them, privatising non performers and closing some of them all together. What could be the outcome be for Telecel and NetOne? What do you think should happen to them?