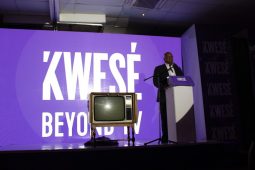 So if you just want the current conclusion, here is it: Kwese is not currently licensed to operate in Zimbabwe.

Now, let’s backtrack a bit and bring you up to that conclusion.

Econet Media (the Kwese guys) did not have a license to broadcast in Zimbabwe and did not really apply for one. Actually the Broadcasting Authority of Zimbabwe (BAZ) has to invite applicants to apply. However, Econet Media were clever, they partnered with someone else who had the required license: enter Dr Dish.

Dr Dish had a broadcasting license that they used before to bring MyTV Africa into Zimbabwe until MyTV Africa could not be in Zimbabwe anymore because of intellectual property constraints. The partnership between Kwese and Dr Dish was that Dr Dish would legally be the broadcasters and distributors of Kwese programming into Zimbabwe just as they were with MyTV Africa.

Armed with this agreement, Kwese came into Zim. Then they stopped:

The BAZ CEO wrote a letter that announced the cancellation of the Dr Dish License which Econet Media was riding on. This effectively stopped the Kwese roll out in its tracks even before there had been any real movement. The Econet Media/Dr Dish legal team led by Tawanda Nyambirai quickly went to court…

BAZ Could Not Do That…

Turned out BAZ did not have a board and had not had a board for a while. Now the law only allows the BAZ board to issue or revoke licenses and no one else. Not even the CEO of BAZ. Without a board therefore it meant that BAZ was not authorised to cancel Dr Dish’s license as they had.

Nyambirai and team did not struggle to win the case at the High Court. The verdict was Dr Dish was still licensed. Kwese immediately went on sale across the country. The Econet Media/Dr Dish partnership was working. Then BAZ made the last attempt:

They appealed to the Supreme Court challenging the ruling of the High Court in favour of Dr Dish which effectively meant in favour of Kwese (Econet Media). This was frankly just a trick to frustrate Dr Dish and Kwese. The law is very clear on the awarding and cancellation of broadcasting licenses and BAZ could not really think they could win at the Supreme Court.

However, appealing was just enough in and of itself because when you appeal against a ruling, that ruling is automatically suspended. This meant that by law the cancellation of the Dr Dish license by BAZ would still stand until the appeal is heard by the Supreme Court.

Now Supreme Court hearings cannot be secured overnight. The process can take years. This would have meant Kwese would be not available in Zimbabwe for as long as the Supreme Court process would take. But then Nyambirai is experienced when it comes to legal battles…

The Econet Media legal team went to the High Court and asked the court to allow them to keep operating even though the ruling that reversed the cancellation of the Dr Dish license was being challenged at the Supreme Court. Their position was obvious: BAZ was merely appealing not to win the appeal but to stop Dr Dish broadcast of Kwese through the appeal process itself.

The High Court decided not to allow the legal procedure to be manipulated into frustrating Dr Dish and Kwese. The court issued a special ruling which allowed Dr Dish to keep operating even though they were being challenged at the Supreme Court. Kwese went on sale again…

The Herald this morning reported that Econet Media had cut ties with Dr Dish. This was not the first time Techzim hearing of this. We are aware of this and are continuing with investigations. The question that comes out of this break up between Econet Media (Kwese) and their Zimbabwe broadcasting partner Dr Dish is a very important one: What license is Kwese using without Dr Dish?

Econet Media actually wrote to BAZ informing them that they were cutting ties with Dr Dish. They said because they had secured some kind of permit from the government. This is interesting because the Broadcasting Act mentions no other permits except a BAZ issued license. We need to read the ACT again, there could be a loophole somewhere.

Another interesting story would be why Econet Media and Dr Dish would be parting ways. The story is not as simple as reported so far. We will be giving you all the angles to it right here. We have and are reaching out to all the parties concerned: Econet Media (Kwese), Dr Dish, BAZ, Ministry of Information and some individuals who are in the midst of this.

During all the legal battle to broadcast Kwese, it was really apparent that Kwese’s fate was linked to the Dr Dish license. BAZ does not have a board yet which means no new license has been issued, besides, the licensing process is long and winding so cannot be achieved immediately after the board is eventually announced. This makes the story almost as entertaining as the content on Kwese itself…

12 thoughts on “Kwese License: When We Thought It Was Over, It May Just Have Started”