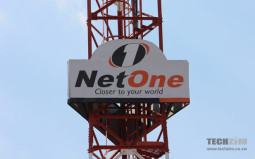 NetOne has signed a deal with one of the leading tech companies in the world, Huawei Technologies International. The deal (a funding agreement to be precise) of $71 million was signed on the last day of 2017 i.e. on the 31st December.

So far, NetOne has a number of times been called out for underperforming, along with Telecel, the second parastatal telecommunications company in Zimbabwe.

Comparing with the private owned company Econet Wireless Zimbabwe, both parastatal telecommunications companies have been an epic fail especially in terms of revenue generation. Not only have they not performed as per expectation in mobile telephony, but they also seem to be struggling on their mobile money platforms. We will not even talk about how EcoCash has more that 90% of the market share as far as mobile money transactions are concerned.

However, it seems NetOne is working hard to change the status quo.

In November, NetOne put up ads that were calling for interested people to register as mobile money agents for its platform OneMoney. Not sure how that will significantly impact its presence since already the relevance of mobile money agents is slowly are fading away due to the cash crisis; but it’s something right…

And now they have decided to engage Huawei, a tech giant to help them build more base stations for their network. The targeted areas would mostly be rural in a bid to increase NetOne’s network coverage within the country. According to the Herald, the $71 million will be used for

for network expansion and modernisation, which includes, among other deliverables within the first 100 days, the construction of 250 rural base stations that will bring mobile cellular services to the rural communities, including mobile banking services, internet connectivity and high speed data products.

Hopefully, this indeed is the beginning of good things for NetOne… Econet does need competition!

5 thoughts on “NetOne Signs A $71 Million Deal With Huawei”