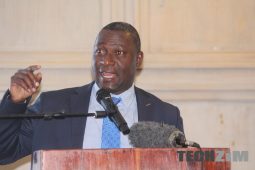 OneWallet which was NetOne’s first attempt at a mobile money solution used up $6 million to set up and only recovered $51 000 during its operation. Zim ICT Minister Supa Mandiwanzira disclosed this during a rebranding of the mobile money service yesterday.

The minister said that the OneWallet project was a disgrace to the public of Zimbabwe as NetOne is a government-owned company.

NetOne was the first mobile network to be set up in this country, and they were left behind by the competition. It is a disservice. it is a disgrace to the investing public who are the people of Zimbabwe…

In a space of 4 years, we spent $6 million dollars paying a supplier of a mobile payment platform called OneWallet and that platform was only able to bring $51,000 to NetOne. Totally Unacceptable!