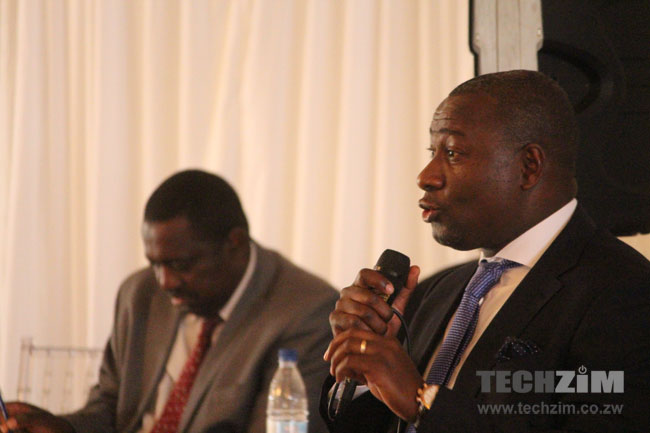 The Minister of ICT and Cyber Security, Supa Mandiwanzira told The Fingaz that EcoCash dominance in the mobile money sector could lead to a disaster if not curtailed.

According to Mandiwanzira, there are two stats that are a cause for concern. Firstly, EcoCash processes about 90% of transactions in the entire mobile money field and, secondly, 98% of the country’s mobile money subscribers are on EcoCash as well.

What happens when EcoCash crashes?

The problem with this, according to Supa, is that if the EcoCash systems were to fail at any given time the disruption would affect the entirety of the nation. The government wants inter-operability so that reliance is spread across EcoCash, Telecash and OneMoney.

“You cannot hold an asset that you were given by the government through a license and think it is entirely yours. Others must access what you have built but they should do so for a fee, a reasonable fee.

…that is the message we have given to Econet, NetOne and Telecel. You own the frequency to the extent of your license but we can also tell you what to do.

This reminds me of the infrastructure sharing that the government tried to force upon Econet in 2016. Though talk about this has kind of ceased lately, Supa’s statement implies that the government is in a position to force interoperability or whatever else they want since they consider that by licensing operators it means they can tell them whatever they want.

Some time back the RBZ said they were not going to force interoperability on mobile money operators as they preferred to see the market develop towards there by itself.

Regulators in Kenya made interoperability mandatory and sometime this month Safaricom’s M-Pesa will work alongside other mobile-money platforms even though M’Pesa had 66% of the mobile money market. 66% is less than EcoCash’s 98% monopoly and may complicate the negotiations for interoperability. Econet’s move to open up EcoCash to NetOne subscribers may be a way of avoiding interoperability. Tanzania was the first country to launch wallet-to-wallet interoperability back in September of 2016.

Let us know what you think of Mandiwanzira’s views on EcoCash ’s dominance in the comments below.

Remember Techzim has done a write-up on EcoCash looking at the EcoCash journey from pre-launch to its current position. The strategic decisions that Econet made are studied in detail. In easy to read language, the evolution of EcoCash is analyzed. To buy the Techzim Insights on Ecocash write-up simply send the fee of $4.99 to Techzim Merchant Number 83688 and then send an email with the reference number to admin@techzim.co.zw