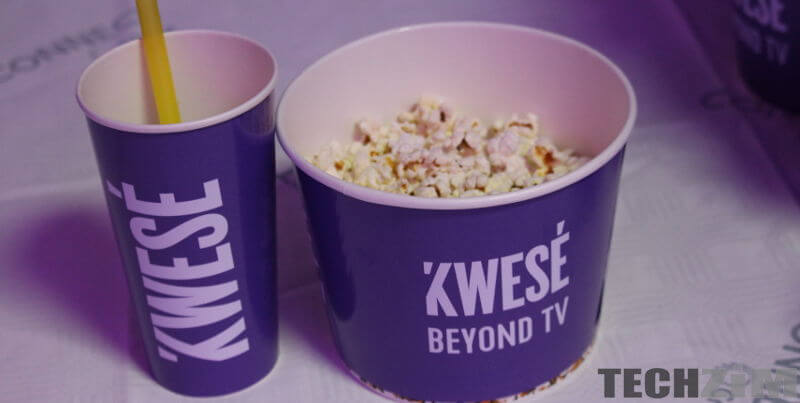 So Kwese has been licensed finally, yaay! They have been given a total of three licenses. Content distribution license, webcasting license and video on demand license. Only one of those licenses makes sense and I am being generous…

I believe this whole licensing stuff is not progressive and has been overtaken by technology. I believe it is unfair that Kwese had to fight for a license to broadcast and waste time and resources just so someone can append their signature to some paper that says “I thus license thee.”

The content distribution license as defined by the Broadcasting Authority of Zimbabwe (BAZ) is for content that is delivered through satellite. This could make sense that it is licensed because satellite uses spectrum which is a finite resource.

I first raised my eyebrows when I saw the notice to apply for a VOD license that was issued by TelOne last year. Then again when I saw BAZ issue an invitation for interested parties to apply for this and other licenses.

The question I asked then is still relevant today: is YouTube licensed to be available here in Zimbabwe? How about Netflix? These are VOD services we are consuming everyday. The story gets worse:

So there you have it, YouTube does not qualify.

As far as all I know, webcasting is just an uncool name for live streaming. So uhmm you can’t live stream without a license from BAZ? How is this law even enforceable? If I live stream on Facebook is it Facebook that’s breaking the law or it’s me?

The law is skewed against citizens in favour of multinationals

If no one ever raised a finger to question YouTube’s lack of license and Facebook, why did Kwese have to go through hoops? YouTube and Facebook are in a worse place because they can’t ever fulfill the demands of being Zimbabwean but Kwese could or maybe not, whatever.

My point is BAZ is bullying and raising barriers to local businesses and startups just by merely inviting applications for licensing of stuff that doesn’t make sense to license. As I argued before, licensing internet business does not help the government in any way, it just strengthens the global giants and kills local startups.

Even if Facebook qualified for the license and they were made to apply for it, they can do it easily but startups cannot. Here’s how much the license costs (as the law states):

15. Video on Demand
(a)Application fee initial US$2500 (non-refundable)
(b)Basic Licence Fee for three years US$20 000 per annum plus regulatory fees amounting to 2% monthly subscription turn over or deemed turnover

Oh how I wish I were kidding!

Like one of the readers who commented the last time I touched on this subject:

So Olinda and Stunner will need $6000 licenses for them live stream their fights?

No, they would need $2 500 each upfornt then $20 000 per year each and of course 2% of subscriptions… Does BAZ expect Netflix to part with 2% of their subscription fees? Is Kwese gonna be paying that tribute?

As Lance Mambondiyani, the CEO of Steward Bank said at one of our events last year, “Any business or industry protected by legislation is ripe for disruption.”

This is very true. Media behemoths like DSTV are largely protected by licenses issued out by bureaucratic government agents. This can weaken them and blind them to changes happening around them.

The media industry has a business model crisis right now because it was protected by huge barriers to entry due to licensing issues and expensive equipment etc. Now technology has lowered cost of of equipment (a smartphone can be all the equipment one needs) and technology is making the licensing laws sound like bad jokes. Media businesses from always must beware.