That’s it, that’s the story  right there.

There has been talk that Ecocash suddenly suspended agent accounts. This was surprising to us when we first heard it because it doesn’t make sense that Ecocash would rock the boat with agents when this network is the strength their solid market position is built on. (If interested in how Ecocash achieved their dominant position you will want to check out our report on the Ecocash business model and its development).

It turns out the rumour is truer than we first assumed. The next thing we saw was a WhatsApp group invite link to a group of ‘supposed’ disgruntled Ecocash agents. The group is called Allied Ecocash Agents and its description says Ecocash Agents Association. At the time of writing this sentence the group has 232 participants and more seem to be joining if the rate of population growth so far is anything to go by. Very soon the maximum number of participants in a WhatsApp group (256) will be reached.

The group icon of the group is this one: 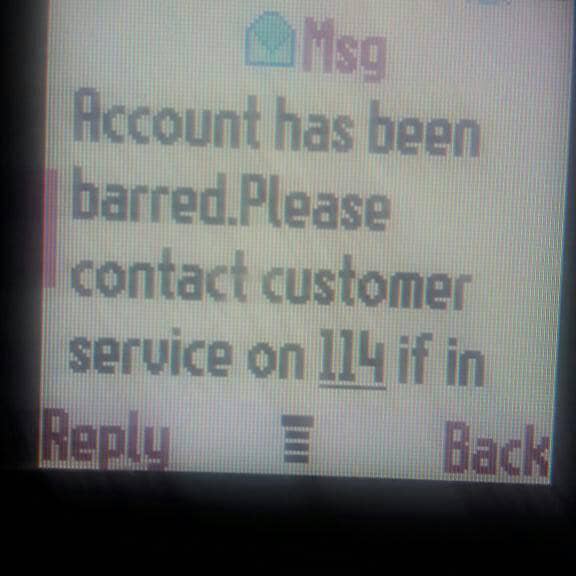 The group is very busy and it’s really difficult to keep up with the conversation there. You can tell there are angry people in there and there are also some who seem to be mocking the rest of the members.

A lot of talk has been around rallying up all agents to ditch Ecocash and join rival Telecash and OneMoney. Some members in the group are scoffing at that suggestion. At 10:19 a member posted that 25 of them had congregated and were marching to Ecocash offices in Borrowdale. They said they were gonna wait for 15 minutes in case others wanted to join the march. No mention of the march has happened after that so we are not sure if it happened. Not likely though, marching past the state house is a tricky one.

We reached out to Ecocash and their response was that they from time to time temporarily bar agents that would have been reported to be violating regulations in their operations. They said they then reconnect some of the agents based on their investigations and how the agents themselves respond to the complaints made against them. Those who are found wanting are then permanently barred.

They emphasised that only a few of their agents (less than 1 000) out of their more than 30 000 have been affected. Here is a statement from Ecocash responding to our questions:

EcoCash routinely carries out system reviews and security checks on its agent network to ensure transaction process integrity, and to protect the public from irregular and outright fraudulent activities.

Where any suspicious activities are detected, EcoCash investigates and takes appropriate corrective action, including suspending or barring the offending agent.

From these standard system reviews and security checks, EcoCash shares STRs (Suspicious Transactions Reports) with the regulator (RBZ) as a compliance requirement.

EcoCash wishes to assure its customers and the transacting public that the overwhelming majority of 30.000 agents continue to trade normally throughout the country.

The issue of regulations

Some of the regulations that are obviously being violated have to do with the differential in the value of money depending on what type of money you have. The official position (according to the Reserve Bank of Zimbabwe) is that a person who is holding $100 in real US dollars is holding the same as one who has that same amount in bond notes, bond coins or in their bank account or Ecocash wallet.

However, in the real economy that you and I interact with on the streets and everywhere else $100 in greenbacks is equal to about $125 in bond notes, about $135 in bond coins and about $155 in a bank account or Ecocash wallet. Ecocash agents are thus facilitating cash ins and cash outs based on this differential. The official position is that this practice is illegal.

The law versus economics

The prevailing rates I gave above are not established by some powerful bad people who just want to break the law. The rates exist out of the basic laws of demand and supply. The official position is attempting to distort the market realities and I don’t see the law winning on this one. Markets are stubborn. Unfortunately, Ecocash can’t allow their network to be used in a way that their regulator deems illegal regardless of what the market demands. They find themselves in a catch 22.

Could the RBZ be applying pressure?

I didn’t ask Ecocash the question that they would not be able to answer if it were yes but I will just speculate and say probably the central bank is applying pressure. The RBZ is desperate to control the flow of the multicurrency basket they claim we are using in Zimbabwe. Their desperation was shown by their ban of cryptocurrency trade. They could be turning to mobile money now. They might as well suspend every bank account in Zimbabwe to be honest.