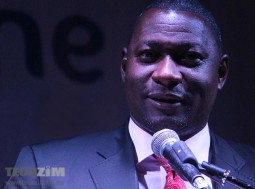 With the trend of repressing internet and social media usage by some African countries, some Zimbabweans are probably holding their breath waiting to see if our government is going to introduce such a law since elections are just around the corner.

Comments by President’s adviser, Chris Mutsvangwa obviously triggered some Zimbabweans in thinking that the government can devise such laws. But Zimbabweans need not worry as we are not tagging along the route other countries took.

The Minister of Information Communication Technology and Cyber Security, Supa Mandiwanzira has told people to perish the thought. He stated that his Ministry had no intentions whatsoever of switching off the internet or suppressing it owing to the upcoming 2018 elections. Suppressing internet is in contradiction to the government’s objectives of increasing internet access to every Zimbabwean as Supa Mandiwanzira puts it. Speaking to Sunday Mail, he said;

We have no intention to curtail Internet freedom or social media freedoms simply because there is an election. The Government values the various platforms that Zimbabweans use to share ideas and express their opinions and therefore, don’t expect us to do anything that undermines those platforms…..We see no need to curtail the freedoms that come with Internet access. Our ministry is working hard to ensure that every citizen can have access to the Internet in future.

The Minister went on to say that introducing such a law was not in the horizon because even President of Zimbabwe, Emmerson Mnangagwa uses the internet to communicate with his followers. Let alone the presence of institutions like Zimbabwe Electoral Commission and ZBC on the internet is a good deterrent for the government to even entertain the idea of shutting down the internet.

And besides, the shortage of cash Zimbabwe has increased use of internet banking and online transactions so shutting down internet even for a day would severely affect businesses (which the ruling party wouldn’t want as it will negatively portray it ahead of the elections).

4 thoughts on “No Shutting Down Of Internet During Election Period, Minister Of ICT Assures Zimbabweans”