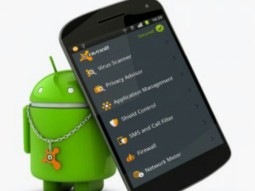 Even with the US-China trade tensions easing somewhat over the past weeks, Huawei continues to work on its in-house operating system, HongMeng OS, which is also expected to be marketed as Ark OS in some markets. Lately, media reports over the past few weeks have consistently claimed that that the new software is being prepared as an alternative to Android.

But according to China’s state-owned Xinhua news agency, the company’s board member and senior Vice President, Catherine Chen, said that Hongmeng OS is not for smartphones. Instead, Hongmeng is for industrial use and has been in development long before the current discussions around finding an alternative to Android. She also confirmed that the company intends to continue using Android on its phones and tablets for the foreseeable future.

This serves is in line with earlier statements from Huawei Executive, Liang Hua, who had claimed that Hongmeng OS is primarily developed for IoT devices to reduce latency. Liang Hua went on claim that Hongmeng is a concise operating system with barely a few hundred thousand lines of code instead of the millions one would expect in a consumer-oriented OS.

It is worth noting here that a new trademark application from Huawei recently revealed that alongside HongMeng, the company is also working on yet another operating system called Harmony OS for smartphones and computers.

Also read: Huawei’s Ban Is More Far-Reaching Than You Think