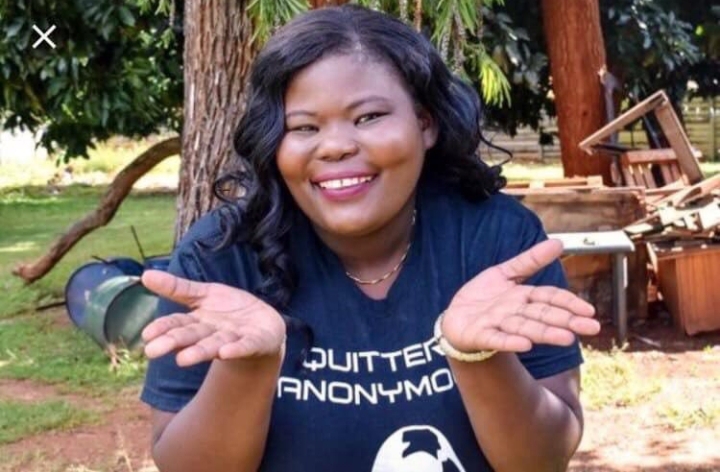 Beyond human rights violations, violence, inhuman and degrading treatment, this attack on a woman who is using her talent to earn an honest living is barbaric. Attacking arts and creative community icons like Gonyeti is a cruel attack on women, creative industry and media. pic.twitter.com/DiZstEK43g

Posting this for every American stand-up comic who complains about "political correctness" & "cancel culture" stopping them from telling jokes. https://t.co/6i8d2LKE9B

Gonyeti: a sad and worrying case. Who did this to her? What was the objective? Whatever the answers to these questions, that may sadly remain unanswered, it is simply out of order and I hope that she will get the therapy and support she needs to recover. Stay strong @bustoptv 🇿🇼

The ZANUPF regime claims that comedian Gonyeti somehow manufactured her abduction and torture. Strange that suddenly activists are doing this right across #Zimbabwe self harming themselves. The same party denied murdering in 1983 when thousands were being killed in Matabeleland. https://t.co/uxL4eBObxu

Now we hear that Gonyeti was asked to drink sewer water. This is inhuman and degrading treatment of the comedian. Its forbidden under both domestic and international law and Mnangagwa will never get legitimacy through these evil activities!

Gonyeti Gonyeti did a comedy on police accommodation & it’s apparent she has done another one on abductions. We will not be fooled.

Gonyeti is a comedian, an artist at @bustoptv. She was abducted by gunmen, beaten up, tortured & dumped. What has this country come to?! @KirstyCoventry, you are the Arts cabinet minister, we will not get ahead of you, let us wait & see what you will do! This is absolutely tragic pic.twitter.com/BfK44NsV9D

Zim…no place for political satire in this day and age..?🤔

Abducting and torturing a comedian strikes a new low.

This is worrying news. #Gonyeti Samantha Kureya and her team @bustoptv have given us not only refreshing moments in these heavy times but also moments of deep reflection through their work as comedians. Comedy is art, not a crime. https://t.co/dNu740rlzr

This is a very disturbing report. There is no excuse for this barbarism. Please pray for our beloved Samantha Kureya AKA Gonyeti the comedian. It seems the skit she did recently on police brutality has had her abducted & tortured #NoToAbductions https://t.co/knEEDfNb4W

The abduction of Gonyeti, banning of all demos, the abduction of other political activists, reverting to 18 hr load shedding, ever increasing fuel prices and basic commodities while salaries are stagnant!

What really buffles me is that there are still NORMAL ppe that support ED pic.twitter.com/DM5yLDe0HE