NSSA Scandal And Tech Pt 2: Zim Workers’ Savings Used To Buy Telecel Or Were They? 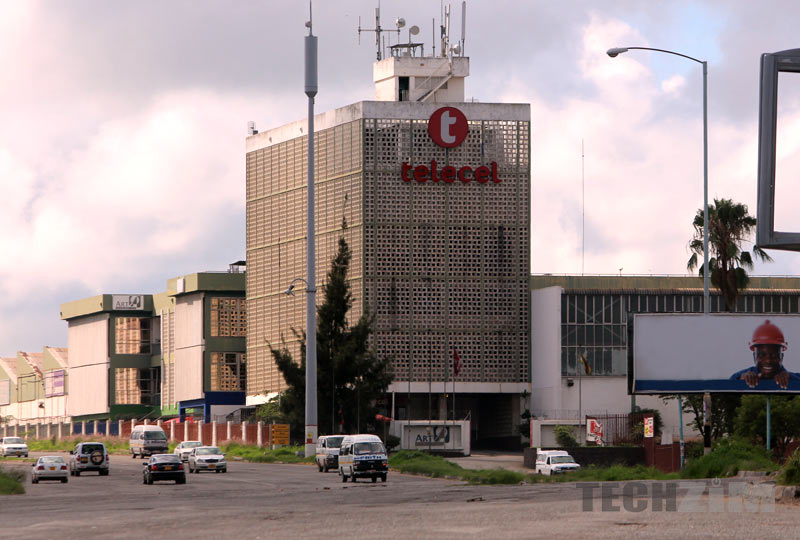 Part 1 was about how the Zimbabwean army, an internet access company: Africom and the national social security authority: NSSA duped the Zimbabwean population out of millions of US Dollars. Part 1 was complex? Well this second installment is even more complex. Most of what’s below was obtained from a series of confidential letters and emails that Techzim has seen. Let’s break it down:

Where on earth do you start with Telecel?

The very formation of Zimbabwe’s one of only three mobile network operators is a very rocky and contentious affair. It’s a story that has been told before and that we will perhaps tell another day. Today, let’s start from the state of affairs in August 2015.

Telecel up for sale to end war

There had been a war over Telecel between different shareholders for a long time. In September 2015 60% of Telecel was owned by the European company, Vimplecom and 40% was owned by the local company/vehicle/consortium, Empowerment Trust. Battle scarred and intimidated by the Zimbabwean mafia government, Vimplecom was selling its 60% of Telecel Zimbabwe together with USD80 million it had fronted the company as a shareholder’s loan.

On 20 August 2019, the National Social Security Authority, NSSA wrote a letter they addressed to “The Legal Title Holder of 60% Interest in Telecel’ just showing how much confusion the issue of who owned the MNO was. The letter was copied to the then Minister of ICT, Supa Collins Mandiwanzira. In that letter, NSSA formally expressed interest to buy the 60% stake in Telecel. They proposed to pay the money which they gave an estimated value of USD40 million over a few months not exceeding 12 months.

According to some confidential documents that Techzim has seen, the government of Zimbabwe was interested in buying Telecel but they did not want NSSA to own it. The government wanted the deal to be done by state owned internet service provider, Zarnet. The simple problem though was that Zarnet only had $7 million and Vimplecom had agreed to $40 million for it’s stake plus the $80 million shareholder’s loan.

However, the government and Supa wanted NSSA to act as a grantor to the deal to satisfy Vimplecom. To Vimplecom, it was going to be made to appear as if Zarnet was acquiring the 60% stake and NSSA was merely a financier. The NSSA investments committee refused this.

Robin Vela mentioned to Mandiwanzira that one member of the NSSA leadership, a Mr Chinembiri kept insisting that the deal as proposed by Mandiwanzira was not appropriate. The problem was that in this case, NSSA was going to be giving an unsecured loan of which the regulations that govern NSSA only allow the authority to give loans to banks for onward lending under very strict conditions. Otherwise NSSA can only invest where they get secured capital and the return thereof.

Vela then proposed to both NSSA and Supa that NSSA would buy 60% of Telecel directly but then give Zarnet the option to buy 60% of the acquired stake within 120 days. Mandiwanzira refused this and the tone of his email to Vela seemed to indicate that he felt as if Vela was backtracking from a commitment he had earlier made in writing.

Supa then made a proposal of his own. He said Zarnet had a third party that had agreed to finance the deal for the remaining $33 million that Zarnet didn’t have. However, the third party was not going to be acceptable to Vimplecom (do you smell fish?). Supa and his principals were thus proposing that NSSA would ‘pretend’ to be Zarnet’s financier so as to pass Vimplecom’s due diligence. He said that Zarnet would pay the $7 million on signing the deal and then the ‘third party’ partner would provide the remaining cash.

Mandiwanzira went on to say that in the ‘unlikely’ event that Zarnet would fail to pay then NSSA would proceed to take over the deal in the manner Vela had proposed. Mandiwanzira also warned Vela that there was likely going to be a brutal battle with the 40% shareholder (Empowerment Corporation) and NSSA wouldn’t want that.

Shockingly, the NSSA Chairman wrote back to the Minister of ICT saying he would push for this to be approved by the NSSA management and board especially with the support of the Minister of Social Services (who was then) Priscah Mupfumira. He suggested that NSSA should be rewarded with 5% of Telecel shares for their ‘little role’ although he hastened to add that this was not really a condition he was giving for his support. Vela even agreed to keep Vimplecom in the dark about what was really going on… Zimbabwe.

The other emails that we have seen are of Robin Vela communicating with the then General Manager of NSSA, James Matiza and other NSSA board members to decide on the Mandiwanzira proposal. At some point one of the NSSA leaders asked if they shouldn’t call a meeting of the investment committee to which Vela said they didn’t have time to do so and he would instead conduct a round robin.

Telecel was bought by…

No one (well no ordinary person) really knows how the deal eventually went down but the Telecel CEO announced in November 2016, more than a year later that the Zimbabwe government had bought 60% of Telecel. NSSA was reported to have paid $30 million for Telecel and Robin Vela said in an interview that NSSA was holding the shares in trust until Zarnet met ‘certain conditions.’ Vela said NSSA would still remain with a substantial stake in Telecel and they wanted it because they wanted to use Telecash for pension disbursements.

However, the money was also not received by Vimplecom directly but was held in trust by Telecel’s lawyers, Honey and Blankenberg.

In January 2017, NSSA announced that they were now permitting Zarnet to buy back the Telecel shares over a period of three years. We can only conclude that the ‘third party’ didn’t come through…

While responding to questions in parliamnet in February 2017, Supa Mandiwanzira said that government had used the Universal Services Fund to partly pay for the Telecel stake. This is a fund that is contributed to by all telecom operators and is to be used to expand connectivity to remote and other economically unviable places that operators would otherwise not prioritise. Using this fund to buy Telecel thus means the government used money contributed by competitors for example Econet to buy a competing business for the government.

There are rumors that Vimplecom has up to now not received what was promised when they sold Telecel Zimbabwe shares. This is not surprising because it’s not even clear who exactly bought Telecel wacho.

After the public release of the NSSA forensic report, the Parliament of Zimbabwe Committee on ICT asked to see the details and documents that saw the government of Zimbabwe acquiring 60% of Telecel Zimbabwe through NSSA. The current Minister opf ICT, Kazembe Kazembe wrote back to parliament refusing to give this information:

Reference is made to the issue raised by the Parliamentary Portfolio Committee and subsequent follow up on the above subject. We hereby state that the Ministry is unable to submit the Sale and Purchase Agreement because under Clause 23.2 it states that “No party may assign, hold in trust or otherwise transfer any rights or benefits under this Agreement, or any document entered into [ursuant to this Agreement without the prior written consent of the other parties. On Confidentiality, Clause 14 provides that “Each party undertakes to the other party to keep confidential the terms of this Agreement and all information relating to it and to use such information only for the purposes contemplated by this Agreement”

We reiterate that such explicit clauses in the Telecel Sale and Purchase Agreement, our position remain that we are unable to submit the Agreement to a third party because this will raise serious legal breaches. We need to remind you that this Agreement was also a Cabinet paper and therefore confidential.

We trust our position clarifies this issue.

Well, this doesn’t make sense because the Parliament of Zimbabwe is not a third party to any deal that is done by the executive branch of government or any statutory body. The parliament has oversight role over all those entities. It’s like a clerk saying to his boss: no I can’t give you the deal I signed on behalf of the company because there is a confidentiality clause in it.

The story is probably true that Vimplecom hasn’t received its dues on selling 60% of Telecel and an $80 million shareholder’s loan. Vimplecom irikunzi yaakuda reverse dhiri (is said to want to reverse the deal) because they didn’t get their money. We don’t know the truth of this but Kazembe Kazembe’s refusal to remit the requested documents doesn’t help anyone decide between truth and conspiracy….