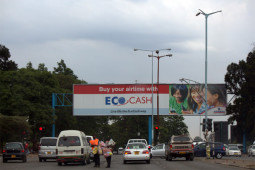 So this whole week has been consumed by the EcoCash fiasco. As predicted, the central bank’s ban on cash-in and cash-out made things worse for you and I. They then turned around and reversed their decision and said cashing in and out could go on as usual except that cashing out is now restricted to a maximum ZW$100 per transaction.

EcoCash’s real competition is not really OneMoney and Telecash at least not right now. EcoCash’s biggest rival is Zimswitch, Zimbabwe’s card switching platform. The two of them dominate all consumer payments and that is the reason EcoCash is not on Zimswitch- they are a platform in and of themselves not merely a mobile wallet as regulators continue to treat them.

A third rival to EcoCash is cash itself . Every transaction that is done in cash is a transaction not done on EcoCash and thus the fintech company doesn’t take a cut there. EcoCash loves the fact that Zim is 90% cashless, they hate cash. They want your money to stay on their platform moving from one wallet to the next and back again.

When the Reserve Bank of Zimbabwe reversed their decision to outlaw cash in and out, they added a strict restriction to cashing out and not to cashing in. They are now saying one can only cash out a maximum of ZW$100 per transaction which is just above USD5.00. Say what?

Essentially they have increased friction when moving money off EcoCash while maintaining moving money into the EcoCash ecosystem frictionless. If EcoCash complains about this, don’t believe them it will be mere crocodile tears. They like it when it’s that much harder to take money off their platform

Like I said yesterday, if regulation is not well thought out, it strengthens the more dominant player. In the battle between EcoCash and cash, the central bank has just done EcoCash a big favour.