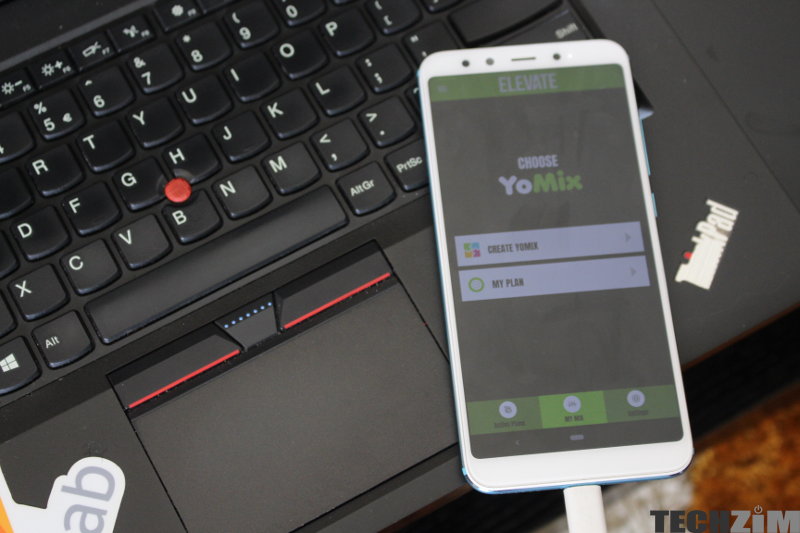 Earlier this month, Yo Mix announced that they would be having another promotion that would last until the end of the month and would see users getting 60% discounts on offers within the app.

The discounts were in my instance more competitive than the expensive bundles and my first purchase was a success. Subsequent purchases have resulted in failed attempts to buy the bundle but unfortunately, money was deducted from my EcoCash on both attempts.

Initially, I thought this was the standard EcoCash error but after the second failure it seemed to me either something was wrong or I was extremely unlucky.

I browsed through Twitter and it seems a number of people are facing the same problems:

It’s not clear if Yo Mix bundles are no longer purchasable because data bundles were adjusted after the promotion started and Yo Mix’s pricing was no longer competitive or if there are some system challenges.

We are left speculating because Econet itself didn’t offer any official communication as to what’s happening with Yo Mix. We are not sure if this is because the company benefits when some customers are frustrated by these failures and give up on getting their money back or if its because the problem is affecting an insignificant number of customers.

Another irritation is that once you have been affected by such a query it usually takes more than a day to get your issue resolved by Econet’s customer support which is infuriating if you wanted to use that data for something time-specific.

Bernard akarasi
one year ago

I think their sorting it out! Once had an issue but after being reversed i managed to buy another bundle.

Kelsy Mlolo
one year ago

To be fair enough! Yomix is still the cheapest in the land. Data is now expensive guys. It’s the only thing left for us Zimbos. These guys thought of us ordinary Zimbos when the introduced YoMix to us.

It happened to me, that’s when I opted for the option of buying airtime first using ecocash then go to YoMix and opt for the main balance option

Tawanda
one year ago

Imagine that DATA is now up everywhere and what is left for Zimbabweans is YoMix lol…I can imagine the traffic on that Application. These downtimes might be caused by a surge in traffic on that App. As a family we are all using YoMix and no longer on *143# so eish…..emajeniii

Ziko Saizi
one year ago

Zimbabwe is in a dire conditions guys. I Am thinking of the forex challenges and cash shortages facing these companies. They need forex to service their equipment which they are being denied of by RBZ. So expecting their systems to work perfectly well wont be conclusive though. RBZ & Potraz must help companies like Econet, Netone etc etc to make sure their needs are met before they withdraw/stop such awesome applications like YoMix. Mark my words. The problem is bigger than all that we are seeing.

You nailed it out. Do you know that ZESA hiked it’s prices so that we may continuously have electricity 24/7 and Minister Chasi alluled to the fact that they are facing forex issues to service their critical equipment. It’s the same way guys. I feel the telecom industry must be prioritised since it controls the entire communication centres in Zimbabwe. Without them this country will plunge into a pool. Something must be done ASAP before we also lose them. #ChaoraChinhuIchi

Simz
one year ago

Zebron
one year ago

Let’s be fair enough! Chinhu chinonzi Zimbabwe chaora guys! Shame. Shame Shame. The current administration has failed completely. I know companies that stopped providing certain services coz of these so called economic woes. We will see more of these

Mutumwa
one year ago

Chi Niyka chacho chaka shata ichi. APo vakati hehe sanctions chi chiii izvoo ka. During Mugabe’s era, we didnt have problems to this extent but haaaaa uyu azofoira manje uyuuu. This country is stinking. Doctors are on strike, there is No water etc etc and now systems are failing. What is left now…………hamenooo

Frank
one year ago

I think u could have flagged the issue with Econet guys not to push such negatives through out like this. The Application is helping us to communicate cheap compared to buying ordinary data anywhere else!

Its time we Zimbabwean wake up and say ENOUGH of this GoZ! We can’t keep watching companies struggling to the brim like this! Instead of us fighting to resuscitate our Zim businesses, we are marching in for sanctions nxaaaa. Someone can’t seeee

Tatenda Zipora
one year ago

There are critical issues that are facing our Economy and these are affecting production and service in all sectors. We need to be informed and aware that without proper fiscal policies, we will experience worse things like these. We don’t want econet to stop giving us YoMix but this can happen if there are no proper measures to protect the industry. No industry is being spared here, the end result is that they will give us their network during some hours of the day to curb the costs. It’s like a curse operating and doing your business in Zimbabwe guys.

Sude
one year ago

In Africa, Ethiopia is on track to meet the United Nations’ SDG of ending extreme poverty by 2030. Outside the top ten, only Ghana and Mauritania are also on track with the SDG target.
Latest data from Zimstat shows that the average Zimbabwean are living on US 96 cents a day or ZWL$14.60 as of September up 18.18% from ZWL$12.78 or US$1.174 in August. The bad news is that more than 2 million people still live in extreme poverty, and twice that many live on less than $2 a day. The movement is in line with the September monthly inflation figures of 17.7% but means that Zimbabwe is now in extreme poverty as consumption is now below the World’s Bank standard measure of US$1.25 a day.
Inyika yacho yaora Guys

Purchased bundles and account debited. No bundles no reversal please do something. 0773022452