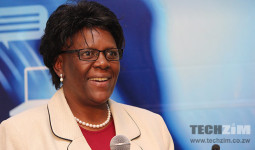 TelOne’s Managing Director recently revealed in an interview that they are owed ZW500 million by consumers yet to pay their telephone bills and this is having an adverse impact on service delivery.

We are currently owed just over ZW$500 million from outstanding telephone bills by our clients, mostly government, parastatals, corporates and individuals.

Whether or not this will materialise in something tangible for the telecoms company is yet to be seen. I say this because last year when TelOne disclosed how much the government owed them, it was because the debts were affecting service just like they are still doing today.

Outside of the government’s payment plan, TelOne is said to be engaging other methods as well i.e blacklisting bad debtors and litigation.

I think TelOne could also do better by disclosing who actually owes them what just for it to be clearer whether its corporate, government or just the public who owe the most. It probably wouldn’t make much of a difference for them but a cool thing for the public to note.

Chipo Mtasa also disclosed that the motivation for moving to a prepaid billing system was so the company could protect itself and 90% of the residential consumers have been moved to prepaid billing for TelOne’s telephony:

Furthermore, we have also been migrating defaulting clients, mostly residential and small and medium enterprises to pre-paid in order to limit the company’s exposure to credit risk and the resultant adverse impact on cashflows.

To date, 90% of the total residential market has been migrated to pre-paid.