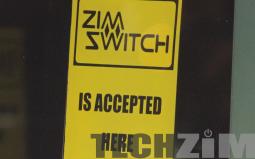 The Reserve Bank this afternoon issued a statement that made Zimswitch the national payment switch. This means that EcoCash will be relegated to just being wallet and will have to use Zimswitch as the universal transaction hub. Now, as more information about this comes out, and we see how EcoCash responds to this. Let’s have a little refresher on what Zimswitch is, how it came about and what they do.

I’m sure many of you are already familiar with Zimswitch and their services. But with every new directive issued, we seem to have to brush up on what the new thing that will be talked about, is all about.

There are over 400 Zimswitch enabled ATMs countywide

There are over 100 000 Zimswitch Point of sale machines nationwide.

ZIPIT (Zimswitch Instant Payment Interchanger Technology) any mobile user on any network with a bank account can send and receive money using ZIPIT from any other bank provided both banks are on ZIPIT.

This was just a brief run through of what Zimswitch is and what services they offer. If you want something more in-depth can check out ZimSwitch: an update on the ZimSwitch Shared Services (ZSS) platform

5 thoughts on “Zimswitch: a quick refresher on what it is and what it does”