City Council debts to be collected through ZESA token purchases 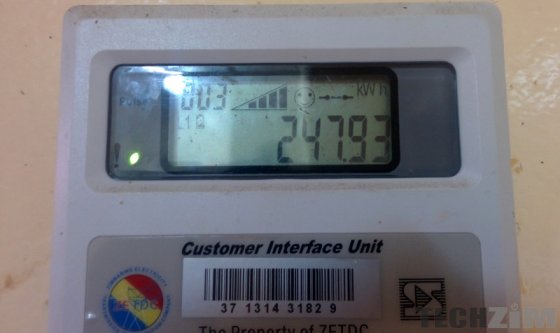 Individuals and businesses who owe money to the City Council will soon be paying back that money when they buy ZESA recharge tokens. According to a report by The Herald, Harare City Council is owed ZWL$1.9 billion and Chitungwiza is owed ZWL$150 million. That money has proven difficult to recover and local authorities are in the red because of it.

The proposed measure is a departure from the move to use debt collectors and Harare District Coordinator Tafadzwa Muguti said that local authorities need to think outside the box.

“I will be engaging Zesa, in particular ZETDC, because we now want to make bills which are owed by residents to be put on electricity bills. That is the only way councils will be able to collect their money. When one tops up electricity, they will then pay for what is owed to local authorities. I think this will start to help address a lot of backlogs of the money that councils are owed.”

The idea here is since everyone needs electricity a percentage of the money they pay when recharging their meter will go towards any debts owed to the council.

A counter-argument to this was brought up by the acting director of Chitungwiza and Manyame Residents Association Brighton Kanyama. He said that the city councils should first look at the reasons why residents are not paying bills.

He brought forward the example that residents are buying water for up to ZWL$10.00 a bucket but the council has is still billing them for water that it isn’t delivering. Some residents can’t even remember the last time they got running water in their homes. This proposal would be grossly unfair because the council will be collecting money for a service they haven’t delivered.

Collecting council debts through ZESA token purchases is a novel idea. The only problem is that the money they intend to collect should be for services that were delivered. Without the Councils evaluating themselves and their books first this would be daylight robbery.

Before this proposal is set in motion, residents’ accounts of service delivery need to weighed and taken care of before any money is deducted from electricity purchases.

ZESA needs to be careful here – they will just cause a spike in illegal connections and meter bypassing which will cause them to incur losses in electricity which then costs them again to investigate, resolve and recover. Will those added costs and losses really cover whatever benefits the council is promising? Usatenge nyaya dzevamwe vanhu. Let council deal with its own debts and collect them its own way.

The Principal
5 months ago

So tenants will now pay for bills incurred by landlords?

Is this legal that government wants to assist inefficient and incompetent councils to collect revenue. The bottom line is that the councils have failed. How is ZESA and other state owned entities able to collect from their customers. City of Harare makes it difficult and impossible to pay bills, you go to their banking hall along Speke Avenue and they have one teller, you go ZESA, and they have 3 tellers in addition to engaging other entities to sell electricity tokens and also online purchases. Why is it that City of Harare is failing to do so. They have district offices, what are these guys doing? They once engaged debt collectors, what happened. What is happening to the money residents are paying. The government is assisting an evil establishment to milk people. These guys are not delivering any service, have dubious contracts and their parking marshalls connive with motorists not to pay parking fees. Who is collecting the money from vendors at Pedzanhamo, Mbare Musika and other sites. In Mbare they have allowed the mushrooming of tuck shops being build along roads. Let us not assist lazy people to do their jobs. If the councils have failed to deliver service and also bill and collect, they someone should be answerable as this is gross incompetence. ZESA under the circumstances is striving to provide service, but councils on the other hand are busy outdoing each other in illegal deals.

Some of the biggest defaulters are associates of government and councils. These same individuals do *NOT* have prepaid meters. Hence, when they fall out of favour you hear that they owe USD 150 000 in Zesa alone. Some don’t even earn that in a life time. The biggest defaulters with the biggest impact, will still be “protected”.

The same influential folks get their rubbish collected in a timely fashion, have smooth roads, but don’t pay their bills.

Meanwhile, the guy who doesn’t receive service delivery is being squeezed for money, to deliver services to the elite.

I recall when council bills were written off. It was a saddest con I have ever seen. Some were happy that their $40 was written-off meanwhile some chef got a $10,000 write-off. The $40 guy, was over the moon.. It was sad, very sad..

As well, because of that write-off, those that paid religiously were punished for their commitment. The lesson was clear, “don’t post your bills on time”. A decent number of people now don’t pay hoping for another write-off.