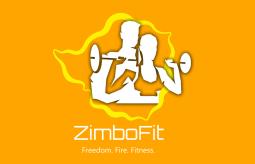 Well, the biggest advantage is that a PWA is accessible over any mobile operating system. It’s essentially a web page that acts like a native app, so app developers don’t have to build bespoke apps for the Play Store and Apple’s App Store.

Speaking of app stores, PWAs also allow developers to circumvent the limitations or conditions that come with publishing an app on a store. This means that they can operate with relative freedom but within the confines of your web browser.

The main motivation behind its creation was that if you wanted to attain your fitness goals you had to a number of different people locally to get information and advice.

Zimbofit’s programs are planned by trainers which include Takunda Mujuru himself, F.L.Y among others. All you need to do to get is started is to go to the ZimboFit web address, enter your cellphone number, and enter the confirmation code.

Once you’ve done that you’ll have a seletion of paid and free workout routines.

For the paid plans or to purchase a meal plan, you can do so using PayPal, OneMoney and EcoCash.

My first impressions of it are that it is a simple enough platform to use and get used too. I am a fan of PWAs so it was refreshing to have been able to use one that was developed locally.

You can check it out for yourself with the link here.

One thought on “ZimboFit, a homegrown fitness and exercise app”