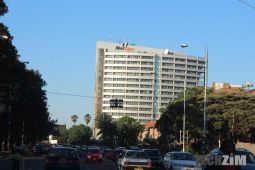 NetOne has, according to sources, responded to the court ruling that reinstated Lazarus Muchenje as CEO that we reported on earler on.

NetOne Cellular (Private) Limited suspended L. Muchenje from employment on 21 February 2020 and instituted disciplinary proceedings against L. Muchenje on the 2nd of March 2020. This was after various audits had unearthed serious cases of abuse of office which included purchasing of household furniture for his personal use using company funds, at the time valued at approximately USD600 000.00 as well as the signing of agreements with an offshore company which led to the installation of equipment on NetOne’s network without board approval and without any security clearances. This equipment had the potential of causing serious national security breaches. Apart from the threats to national security, the contracts that L Muchenje had unlawfully entered into with the offshore company had a potential financial prejudice to NetOne of USD2.24 million.

Muchenje is also facing numerous criminal charges in which he is accused of potentially prejudicing NetOne of at least US$2.6 million and ZWL$10.4 million through unauthorized purchases, awarding himself hefty allowances which are outside his terms of employment, unilaterally awarding himself and his wife holiday stipends, including placing his personal domestic workers on the NetOne payroll, and leasing himself a deluxe company house in Harare’s leafy Borrowdale suburb for just a fraction of its market value, further prejudicing the company financially. According to the charge sheet, in November 2019, “Muchenje allegedly allocated himself and his wife ZWL$895,000 (USD36 000.00) as a holiday allowance although she was not eligible for it.”

Muchenje challenged the disciplinary process in the High Court. On the 8th of July 2020 NetOne Cellular (Private) Limited reinstated L. Muchenje and subsequently terminated his contract of employment on three months’ notice.  He filed an urgent chamber application (L Muchenje vs S. Mutangadura and Others HC 3611/2020) challenging the termination. The urgent chamber application was placed before Hon. Justice Chinamora for hearing. The judge issued a preservation order which recognized the reinstatement of the employee and ordered the employer not to effect the termination of the contract of employment. The matter was heard by Justice Chinamora on the 4th of August 2020 and judgment was reserved.

NetOne Cellular (Private) Limited made several follow ups on the ruling through its legal practitioners. Despite this being an urgent chamber application, by December 2020 the ruling had not been handed down. NetOne having been seriously prejudiced by the delays in the handing down of the judgment then abandoned the termination of the 9th of July 2020 and reinstated L. Muchenje on the 21st of December 2020 after it was granted approval by His Excellency The President of the Republic of Zimbabwe to terminate L. Muchenje’s contract of employment. The reinstatement of the 21st of December 2020 meant that the termination that had been challenged by L. Muchenje before Justice Chinamora had been done away with. After this reinstatement NetOne Cellular (Private) Limited terminated L. Muchenje’s contract of employment. This termination was also challenged by L. Muchenje in the High Court (L. Muchenje vs S. Mutangadura and Others HC 7653/2020). The application was placed before Justice Muremba who declined jurisdiction on the matter and held that the matter was a labour matter which had to be decided by the Labour Court and not the High Court. Justice Muremba noted in her ruling that L Muchenje was seeking reinstatement through the back door.

This therefore means that the ruling that has been handed down by Justice Chinamora is purely academic, because it has been overtaken by events. The termination that was being challenged in the urgent application that was heard by Justice Chinamora on 4 August 2020 was set aside by NetOne leading to the reinstatement of L. Muchenje on the 21st of December 2020. L Muchenje’s contract was subsequently terminated in December 2020 leading to the ruling by Justice Muremba. This means that there is no judgment that has been issued by the High Court nor the Labour Court setting aside the December 2020 termination of L. Muchenje’s contract of employment following the approval of the termination by His Excellency the President of the Republic of Zimbabwe E.D. Mnangagwa. L Muchenje’s contract of employment remains terminated.