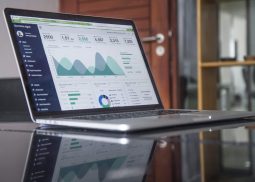 Despite what the government will have you believe with its talk about the economy growing fast, the reality is that the Zimbabwean economy is in tatters. This in turn has meant that the lives of most employees are in shambles. Even as prices of everything continue to surge incomes have remained stagnant and far behind inflation.

The best thing, to put it bluntly, is to leave the teapot-shaped country and all its woes. The truth though is that most of us who have stayed behind are unable or unwilling to leave this country. For some of us, it’s the family entanglements that prevent us from leaving. For others, it’s money and restrictive immigration policies that make immigration hard.

There is another way

This is 2021 and one of the major benefits of the current COVID-19 pandemic (might be the only benefit really) is that it has underscored the value and viability of remote working. People like software engineers, accountants and such can still fulfil their duties even when they work from home.

Now here is a thought, the internet is global. If you employee who stays in Mufakose can still do their job even when they stay at home can the same be accomplished by an employee who lives halfway across the world? Sure there are complications such as living in different time zones but these are not insurmountable.

The answer is of course yes. Several startups have risen to fill that role. These include Turing and Triplebyte. Turing has been making some waves in the freelance communities online and their ads are everywhere. They are a company that allows foreign software engineers and full-stack developers to get hired by American companies without them ever having to leave their countries.

Freelancing is great when you are starting out in the software development world. When you are in the prime of your youth and living without a care in the world. When you have a family and dependents it’s hard to live on the intermittent income it provides. One month you can make thousands and then make nothing for four months after. That is a hard way to live.

With Turing, you get a full-time position with predictable income and a payslip. Turing seems to offer a better alternative to this but there is a catch. They only hire experienced full-stack developers and software engineers. You have to have development experience. They take you through technical interviews, according to a person I spoke to so it’s very possible to hire you even though you might not have verifiable references. This is not uncommon in Zimbabwe where a lot of people have not worked formally.

Turing is a startup, so how do they make money? They actually get to keep 30%-50% of your paycheck for themselves. I was shocked to hear that. If that seems like predatory exploitation to you, it’s because it’s downright predatory. I was prepared to write them off until I learnt more and started crunching some numbers.

According to a person who was recruited through Turing the process is fairly simple. All you need to do is visit the Turing website and choose the field you are seeking employment through. You will be asked to complete a series of development questions relating to your desired field.

Once you have completed the automated screening process, you will be contacted by a representative from Turing, You will be given a much more challenging personal project. According to others who have gone through the process, you are given an actual real-life full-stack development project which you have to complete in a specified period of time.

Once you have successfully completed this, Turing starts to look for a placement for you. This might take weeks but again those who have gone through the process say it takes less than a month. Once a company expresses interest a joint ZOOM call is made between you, Turing and the company. Finally, an agreement is reached and as I have said Turing will get a share of your agreed salary.

The position you get will be a full position and you will be paid on an hourly basis. The hiring company in conjunction with Turing will have you install software to keep track of the hours you work. Again a bit creepy but you can negotiate how you get to work and the hours you get paid for. After all this, you have an American or European job-earning the big bucks without leaving the hovel.

Is it worth it?

As I pointed out above the compensation is much better compared to what you will ever earn locally. Even after Turing take their massive share. This is what other companies already do anyway. Google Adsense, for example, takes 32%-52% of the ad revenue they payout. You just need to find a good-paying position and you will be earning enough to buy a Honda Fit every month.

If you save for a year you will be able to buy a house in the Middle or High-density suburbs like Madokero or Aspendale. Now that’s not something you can say about over 95% of Zimbabwean jobs. It’s even better than working for an NGO if you ask me.