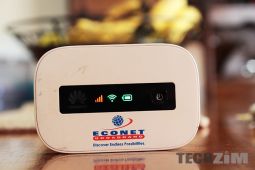 The age-old debate of internet speeds among Zimbabwe’s mobile network operators (MNOs) has reared its head again. This newest edition to the debate comes courtesy of SpeedChecker, which is an Irish-based Internet think tank and their study has found that Econet Wireless Zimbabwe has the fastest internet speeds in the country.

The folks over at SpeedChecker say that they gathered their data through user experience from mobile devices across the country. Now, it isn’t surprising that Econet has the fastest internet speeds because they have the most extensive network of infrastructure in the country.

Harare isn’t the Mecca of Internet

What was really strange about the report is that there were some shockingly high speeds in areas that most might not necessarily call internet hubs in Zimbabwe. Mashonaland West and the Midlands, recorded 8.40Mbps and 8.11Mbps, while Mashonaland East and Matabeleland South had the lowest speeds of 6.48Mbps and 5.91Mbps respectively, for all operators.

This could, of course, be down to populations in these areas. One of the things that hampers internet speeds in metropolitan areas is the congestion for the base stations available.

On that note, our resident man of many talents Edwin Chabuka published a video where he ranked all providers who offer 3G and 4G mobile internet services. To see how they stacked up check out the video in the link below: