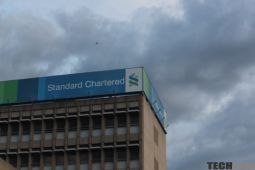 The news that Standard Chartered PLC is thinking of launching a cryptocurrency brokerage and exchange platform was met with a cheer in several quarters including by some Zimbabweans. Some are probably under the mistaken belief that if this happens they will be able to walk into StanChart’s Africa Unity Square branch, tender their USD or ZWL and walk away with Bitcoin or Dogecoins. Nothing can be further from the truth.

Those who are hoping for this outcome are just grasping at straws and hoping against hope. This is because Zimbabweans are now precluded from pretty much any international facing Fintech company as we pointed out in a previous article. This includes the Bitcoin world where all popular exchanges have actually taken the time to explicitly put up notices that say Zimbabweans are not allowed on their platforms.

The others that are silent just quietly make sure Zimbabwe is not available in the list of countries during the signup process. If you somehow jump through the hoops and make it onto a platform they kick you out the moment they discover your nationality. It has gotten so bad that Bitcoin is now selling at a premium in Zimbabwe.

This is just for Europe and the UK

First of all, it’s not the entire Standard Chartered group that is going to be involved in this venture. The press release by the Reuters agency says this is a unit of Standard Chartered. In fact, it doesn’t appear like the company (unit) that will carry out this operation is even formed. It will be a venture between SC Ventures, the innovation arm of StanChart and a company known as BC Technology Group.

Did I mention this was just a statement of intent? No work has been done yet so this is just an announcement that they intend to do something rather than them saying they are ready for launch. It’s not clear how long it will take them to actually get to the point where they launch this. The only thing to celebrate here is the remarkable change in attitude from established financial institutions towards Bitcoin and other cryptos. They used to scoff and thump their noses at it and now it seems they all want a piece of the action.

Even after the platform is launched the press release clearly states that this will be a European and UK facing platform. BC Technology already has an exchange in Hong Kong and are perhaps jittery about their future prospects as the Communist Party, which is anti-crypto, tightens its hold on the prosperous island. Hong Kong has a shared history with the UK where StanChart is based. After all, it’s not like Europe needs another crypto platform they are spoiled for choice there already.

Even if by the grace of God, the planned platform becomes a hit and spreads into other territories including Africa, Zimbabweans will almost certainly be shunned. StanChart has first-hand experience with OFAC fines. They were fined by the US authorities for violating OFAC sanctions restrictions on Zimbabwe.

They will most certainly want to tempt fate again. Cryptos are high risk assets and again the easiest route to ensure compliance is to just block access from sanctioned countries especially little ones like Zimbabwe where the profits are just not worth risking a steep fine.

4 thoughts on “StanChart wants to launch a Crypto trading platform, it will not benefit Zimbabweans”