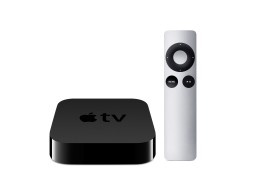 I am not much of a gamer, to be honest, but even I know that the Playstation 5 is the white rhino of gaming consoles. An elusive and coveted beast that is in constant short supply. There are some lucky people out there though who have managed to get their hands on it. Now, these people are about to get even luckier, Sony is offering 6 months of Apple TV+ if you have a PS5.

If you don’t know what Apple TV+ is it’s Apple’s version of Netflix or rather a feeble answer to Netflix, Dysney+ and such. Do not confuse it with the Apple TV device. Initially, Apple TV+ was exclusive to Apple devices including their streaming box but now you can get it on Android and other SmartTV Operating systems too. Although it has fewer original titles there are some noteworthy shows there including:

NB. Whoever comes up with Apple TV show names really needs to get more creative with the names. They are horribly generic. Rumour has it that this is their way of fighting piracy. I hope it’s not because if it is, they really need to come up with better ways. Piracy tools can search using IMDB and TMDB ids too.

How to get 6 months free Apple TV+ trial

To get this trial you have to have a Playstation account from South Africa or some other lucky listed countries that are not Zimbabwe. This shouldn’t be an issue I will just assume you can create an account for one of these countries, don’t ask me how there are plenty of guides. When you are asked to enter your payment option make sure to use a gift card from South Africa if you do decide to go for the South African account.

Now that we have gotten the prerequisites settled. To get the free 6 months follow these steps:

Again, Apple TV+ is certainly not Netflix by any means. It doesn’t even approach Amazon Prime but it does have its own perks which you might enjoy. That’s if you can find the Playstation 5 to do this with.

One thought on “Do you have a Playstation 5? Here is how to get 6 months free of Apple TV+”