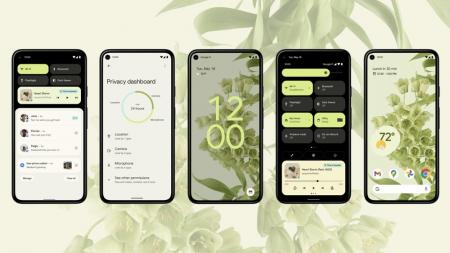 According to a teardown on XDA Developers, Google is looking to make the migration from iOS to Android a little easier. The application in development is called “Switch to Android” and it will help iPhone users transition to the land of expandable storage.

The information found on XDA comes from the Android 12 Beta 3 in the SetupWizard UI. During the setup procedure, there are strings that point to a system application that helps users restore data from their old devices. The app is called Data Restore Tool, which has strings that suggest that Google is looking to help iPhone users in their conversion to Android.

When this all comes to fruition the user will be told to download the Switch to Android app from the App Store (if the app is ever listed there). Where they will then need to connect their new Android device via a Wi-Fi hotspot to migrate their data from iOS.

It is unclear if all data from the iOS device will be transferred, however, additional strings found by XDA show that it will also be possible to move WhatsApp chats using the messaging app’s upcoming “Move Chats to Android” feature. It’ll be interesting to see how seamless the Switch to Android app is or if it ever lists on Apple’s app store.