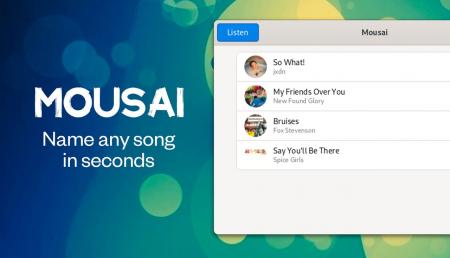 Mousai App is the equivalent of Shazam on Linux. While it is possible to install Shazam on Ubuntu the user experience and performance are far from ideal. Mousai is a native Linux app which means you will not have to fiddle emulators or manoeuvre with a mouse around an interface made for touch.

Shazam is one of the first apps I install on my phone whenever I get a new phone. Before the app came along I often had to memorise a few lines of a given song that I wanted to identify then Google for the song using the memorised words plus the word lyrics at the end and hope for the best.

With Shazam, all you need to do is launch the app and have it sample a few seconds of the song and more often than not you get a result. The more popular the song the faster the result. The song sample doesn’t even have to include lyrics.

This is all wonderful but as already hinted in the introduction getting Shazam to work on Linux is more of a workaround. It’s also unlikely that there will ever be a Linux version of Shazam, it seems as though the team behind the app are not working on it. And yet sometimes you are busy working on a laptop when you hear a song play in a movie, TV show or in your neighbour’s house. Your phone might not be at hand and you might not want to put your laptop down and go hunt for it. This is where Mousai comes in handy.

According to the devs, Mousai is named after the ancient Greek goddess music and song. Personally, I don’t think the name is very catchy but this is Linuxland stuff-the best photo editor is named GIMP so naming standards are pretty twisted.

You will also notice that I have been calling this a Linux app rather than an Ubuntu app. This is because the app is packaged as a Flatpak rather than a distro-specific app. In the Linux world, almost every distro comes with its own package manager and that can be a headache for developers as they have to test their apps against various libraries versions as well as package their app for a given distro as well as version of that distro.

For example, depending on what it does, an app made for Ubuntu 20.04 might now work with Ubuntu 21.04 and will most certainly not work on Fedora. Flatpaks were made to solve this issue. All you need to do as a developer is making a single Flatpak package and this work on every distro as well as version. Canonical, the company behind Ubuntu, has its own similar package system known as Snaps but it seems Flatpak are getting more traction on the Linux desktop.

Most Flatpak apps are available on the Flathub. The Mousai app is available here. You cannot just install a flatpak app. First, you need to install flatpak onto your platform. In Ubuntu, this is as simple as opening a terminal and running sudo apt install flatpak. Then install the GNOME flatpak plugin if you are using Ubuntu. The command that does this is sudo apt install gnome-software-plugin-flatpak

N.B Alternatively you can just open the Software App, search for Mousai and click install.

The app is very intuitive to use. All you need to do is launch the app and then click on Listen. Once the app samples a few seconds of a music clip it will reveal the name of the song and the artists.

P.S One unfortunate side effect of flatpak apps is that they are very large in size. This is because they come with their own dependencies. The Mousai app is just under 10 MB in size however when it’s installed as a Flatpak it’s 1GB in size! Convenience comes at a price indeed.