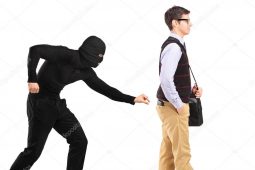 Almost every single startup has dreams of one day launching an IPO. Going public has its charms, access to cheaper funding being the main draw. However, being publicly traded has its drawbacks. That cheaper funding comes with scrutiny and certain expectations from investors. Econet and EcoSure have investors too, hence expectations.

That is what is at the core of this whole business of Ecosure registering customers without their consent. Or at least using trickery and shenanigans to sign up unwitting users. Something akin to, ‘Do you not not want to not sign up for EcoSure?’

A user gets their daily 10 messages promoting different Econet / Cassava (now EcoCash) products and services. After responding to some opportunities to win a smartphone or some other prize they set their phone down. Of course, with fingers crossed that a call will be incoming, informing them that there is Samsung phone coming their way.

There will be no phone exchanging hands in most cases. Rather, there will be a monthly subscription fee being deducted from the customer’s account. Why? Unbeknownst to the customer, they signed up for EcoSure.

Econet’s history of shenanigans in insurance

We can safely conclude that spamming/bombarding users with promotional material via SMS is a board-certified strategy at Econet. Back when Ecolife (later relaunched as EcoSure) was launched, subscribers had to create Facebook groups protesting the incessant 31111 messages, remember those?

That being said, there was no mischief in attracting Ecolife subscribers, the insurance cover was free. All a customer had to do was maintain a minimum airtime balance and they were eligible to receive life cover. So Ecolife was only meant to increase users’ airtime usage.

The service was poorly communicated and to this day, some customers incorrectly believe they were swindled of their monies when Ecolife was shut down. No shenanigans there although the SMS bombardment strategy was established then.

From the very inception of EcoSure, shenanigans were the strategy. Econet reported that they were signing up 150,000 users each week and had a million after only two months. Turns out those impressive figures were owed to the questionable practice of signing up users automatically, without their consent.

Our own Nigel had this to say:

I was involuntarily “signed up” for the service and had to find out from the mobile network why I had received a notification telling me that I had to keep my EcoCash wallet funded with $1 every month for the EcoSure auto-debit facility to work.

Here are a few comments from other Econet subscribers back then:

I also got the message and had to opt out. I wonder how many others don’t even know. Is this even allowed – coz surely I should choose how to spend my money.

Please investigate this I also got a similar message. Econet must return our money immediately and be fined on-top of it!

How the hell do you opt out of this?

How do you unsubscribe Eco insurance, I can not contribute monthly to something I dont like and even do know about

People were incensed but Econet was counting on customers like the one below:

I also saw the message requesting me keep a $1 in my wallet. but I didn’t bother to see what it really meant. there are too many unsolicited messages from econet that I don’t usually read them but just delete without bothering to read.

For some reason, although complaints were made, Econet’s regulators did not respond to the scandal, at least not publicly. This gave Econet the strength to continue on this sketchy path. We had to share tips on how to opt out of EcoSure ourselves because Econet did not auto-deregister the subscribers who had been auto-registered.

Econet were back at it in 2019. This is not to say they were not doing the whole auto sign ups before then. For all we know, the practice was very much alive. We however skip to 2019 because it was a significant year as regards this issue.

A number of subscribers reported receiving a disturbing message:

It was disturbing because they had not signed up for any EcoSure Premium service. Unlike back in 2014, Zimbabweans had become more vocal on social media and so they made noise on Twitter especially, where else?

I received too and got shocked. Kutozonyepawo kani hanzi “YOU have successfully registered”. Inini manje.? Nguvai?

When the story was covered, the tone was different and the shenanigans were upgraded to what they really are – criminal activity, theft. This time Econet had to respond:

We sincerely apologise for the EcoSure deductions that were erroneously made from some EcoCash customers.

The affected customers were part of the FREE Cover promotion and refunds have already been processed.

Noone believed that the deductions were erroneous. It felt like a case of ‘I’m only sorry I got caught.’ After all, no one really knew about the FREE Cover promotion they were talking about. The first we heard about it was after they were caught dipping their hands in people’s purses.

This was really unfortunate because Econet’s reputation took yet another beating. It is hard to argue with people when they say Econet are thieves because they have had their money stolen, system failure or not.

The pressure to resort to this mischief came from EcoSure falling under a new parent, Cassava Smartech (now EcoCash Holdings). The new parent, being a newly listed entity was in a push to improve subsidiary optics for their investors’ sake.

EcoSure at it again apparently

We thought the lesson from the 2019 fiasco would have been to stop the shenanigans. Nope. Turns out the lesson was to be more subtle and pick targets more carefully. If fewer and fewer people are affected simultaneously, it becomes harder to spot the activity. The noise that the few can make is much less.

Recently, a subscriber reached out to me after receiving the following:

Now this subscriber was furious because they work in Insurance and have their own cover. They would never sign up for EcoSure, at least not voluntarily. How then did this happen?

It seems the shenanigans are making a comeback. Of course, that is assuming they ever stopped.

On Twitter, there have been many complaints about the same issue:

Please Econet return my money. I’ve never registered for Ecosure but it’s constantly deducting money from my account without my consent. Ecosure customer care isn’t responding. My number is *********

I have not registered for ecosure but murikotora mari yangu for the past 3 months …wats going on . please stop that and return my money.

Econet why are you deducting money from my ecocash without my consent. Why is it that I never signed for any ecosure but money is continuously being taken from my account?? Why why? Please return my money econet!!!???

I wonder what needs to happen for this to stop. Subscribers have complained, loudly. The media has covered this, mincing no words and yet the practice appears to continue.

It is hard to buy that these auto signups are because of system failures. The failures only seem to lead to auto signups and deductions. When are we going to wake up to credits in our accounts? Never.

We reached out to EcoSure and they had this to say:

We did receive similar queries though our customer support channels, but our technical teams have since addressed the cause of the issue.

“Their investigations revealed that the issue was caused by errors in data capture of registration details. They have now implemented a solution which requires customers to verify and authorize their EcoSure registrations, to minimize any chances of registration errors.
“Since the solution was implemented, we have not received any new queries on the matter.

I like that solution. This means whatever errors their system may experience, the subscriber still has to authorise any registration. Of course it would be annoying to receive a ‘Confirm your registration to EcoSure’ text but it’s not as infuriating as being told your money has been taken as payment for a service you never signed up for.

The cause of the issue however is a bit confusing for me to understand. In my opinion ‘errors in data capture’ means some rogue employees were registering users without consent to boost their own performance figures. These were not errors in the sense that they were unintentional, I believe there are errors in that this was not supposed to happen.

The most likely reason for this mischief

Under pressure employees and undertrained agents are most likely the reason for this mess. For agents who are paid on commission, the incentive is there to boost signee numbers, even using criminal tactics to achieve this.

For other employees whose job evaluations depend on these figures, we reach the same result, increase the figures at any cost. They are pressured by their bosses, the board executives, who are pressured by the investors. They want to be able to write the following:

The Insurtech businesses pursued numerous initiatives during the period which resulted in an increase in revenue by 70% due to the growth in customers. The various initiatives that were implemented to reach previously uninsured sectors paid off with an 11% and 106% growth in the customer base for life business and short-term insurance respectively, from the previous quarter.

That right there, ‘106% growth in customer base for short-term insurance.’ That should have raised eyebrows. This 7-year old service doubling its customer base in just 3 months is reasonable grounds for suspicion. I guess now we know what the ‘numerous initiatives’ they pursued were.

THIS CANNOT HAPPEN AGAIN. Fix your system, train your employees and ease the pressure on them to reach unattainable targets. Do whatever it takes to make sure we never talk about this ever again. We love the Econet story and how you raise the Zimbabwean flag high around the world. These shenanigans only work to destroy years of hard work on a product that many Zimbabweans really need.

17 thoughts on “Yet again, EcoSure registers users without consent and deducts money”