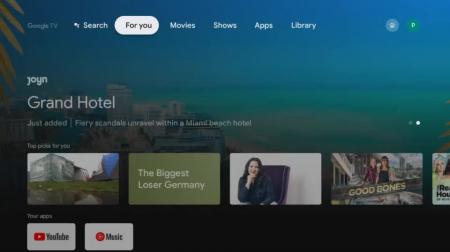 I am an avid user of YouTube. In fact, at my house, about 60% of our data goes to YouTube usage. It’s the most used app on all our devices. We follow dozens of channels as a family including tech channels, cooking channels as well as local drama channels. Over the past few months, I have noticed an uptick in the number of ads that YouTube shows and their algorithm can be downright annoying with ads showing in the middle of a three-minute song.

Sometimes an advertisement is repeated 10 times in a row. The unfortunate thing is that as a Zimbabwean there is very little I can do about it besides blocking the ads. YouTube premium remains unavailable to Zimbabweans for some reason. I don’t even know what the hold up is. It cannot be billing or tech issues as Google has the talent and resources to be able to offer it. The only other reason I can think of is that some greedy copyright holders keen on maximising profit are causing this.

I know a lot of Zimbabwean channels rely on YouTube Adsense Ads for revenue so this article was written with a heavy heart and so much regret. To mitigate this in our house, we have resolved to watch local productions with ads on and all the other stuff with ads blocked.

Adblocking has been around for almost a decade now. It has been praised by a lot of activists for being the reason why companies such as Google that rely on ad revenue have put in work to improve the ad experience by not implementing certain annoying types of ads.

YouTube advertisements on phones are a little harder to block than say in the browser. There are two popular ways to block ads.

None of these methods work for YouTube apps. This is because the apps make requests directly to YouTube’s ad servers and pull the video ads from there. The only way to block these ads is unfortunately to use modded apps. This is not without risk and you should only download modded apps from sources you can trust.

The best-moded app for YouTube mobile phones and tablets is YouTube Vanced. The app has been in active development for years and is based on the official YouTube app. It offers adblocking as well as a lot of other features only offered to YouTube premium and YouTube music users such as background music playing. To install YouTube Vanced you need to follow these steps:

NB. If you want to be able to login into your YouTube account you also have to install the MicroG apk. Unlike traditional apps, MicroG will not appear in your list of installed apps with an icon you can tap on. This is because it is an open-source library app that implements some of the functions provided by Google Services.

Once you have installed the YouTube Vanced app you can watch YouTube without having to swat away the annoying ads featuring artists who you have never heard of.

You can also install YouTube Vanced on an Android TV device such as the Mi Box S or on your Android TV smart TV but the truth is the experience is hardly ideal. YouTube Vanced was made for touch screens and you are reminded of this fact every time you open in. Navigating around is awkward and annoying. You need an app made for smart TV if you want to avoid going mad.

There is such an app and it’s called SmartTubeNext. Unlike the Vanced app, this is not a mod. This is an independent open source project that’s built from scratch and is meant to be a better alternative to the official YouTube app on a set-top box or TV. Just like the Vanced app, SmartTubeNext offers more than adblocking. It offers features such as the ability to select your desired playback coded and audio stream.

To install this app on your Android TV device you need to follow these steps:

NB. This app is meant for TVs and TV Boxes and not for touch devices. In addition to adblocking, you can also set up sponsor block, intro block and a lot of other blocks. With sponsor block, the app automatically skips over sponsor segments in videos.