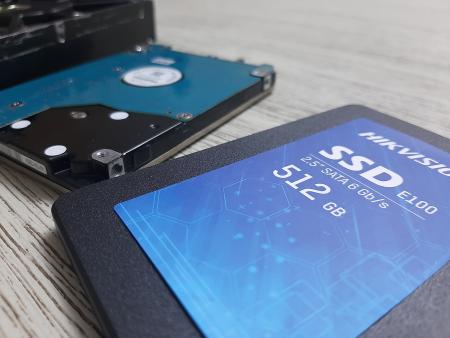 We all like new nice things, to a point that people are saying “a soft life is my birthright“. However, unless your pockets can barely contain your income you are pretty much stuck with whatever you have. Especially here in Zim where even those who are formally employed have side hustles so they can meet their monthly commitments. The situation is compounded by the digital age and how technology is running at such a pace that things are quickly becoming “obsolete”, particularly laptops and smartphones. And worse still for the former, because there is only so much you can do on one for school and work. But, what if I told you that there is a way to make that old laptop you have work better for a fraction of the cost it would take to buy a new device if you just add more RAM and swap out the Hard Disk Drive (HDD) for a Solid State Drive (SSD).

About a year ago I decided to build a desktop PC for myself because my 3rd Gen i3 HP Probook 4530s was hopeless when it came to the new demands of my work. It was painfully slow and I even started using Opera as my web browser because Google Chrome is such a RAM hog that it would freeze for minutes on end…

Now before I go any further, I have to acknowledge that I am preaching to the choir because I am sure there are many of you who have already done what I am about to suggest. However, I am talking to those of you (like me) who decide to save up and throw money at a problem because looking for an alternative is such a hassle and no one really has the time for that.

Spending money to save time is the knee-jerk reaction for most, and fair enough because one commodity can be generated while the other, when it’s gone, you can’t recover it. This principle is why you need friends like Techzim’s Media Producer, Edwin to talk some sense into you (and also spend time doing the research as well as tinkering). I say this because I was seriously considering getting a MacBook for my work in the field and using my desktop for the heavy stuff.

However, as I explained earlier my ProBook was so hopeless that I could switch it on, go make a cup of coffee, take a walk and enter my office eyes closed hoping that it had booted up. The pie in the sky MacBook was a nice idea but prices (even on the second-hand market) are ridiculous!

So Ed and I got to talking about what would make things easier and he said I should try out getting an SSD for my laptop. RAM-wise I was good for what I needed to use the laptop for, which is mainly browsing and consuming content via streaming services. So I bit the bullet and bought a 256GB SATA SSD for my laptop and the journey away from getting a MacBook began. But before we get into things, some of you might be wondering…

What the hell is an SDD?

Again, I might be preaching to the choir, but for the less tech-inclined folks, a Solid State Drive (SSD) is a newer generation of storage device that uses integrated circuit assemblies to store data. All of that is a lot of technical mumbo jumbo, but it’s essentially like a flash or thumb drive that works in your computer or as an external hard drive. It is more efficient than a Hard Disk Drive (HDD) which has a spinning disk platter, a head that reads and writes on the patter, an actuator which is a motor that controls the speed of the spinning platter and the spindle that keeps the disks in place and helps them rotate.

All of these components need to move mechanically for you to access the data stored on your device and as you can imagine or you have experienced this takes a lot of time. An SSD, on the other hand, has none of that which means you don’t have to wait for a disk to spin to get your laptop up and running as well as access your data. Solid State Drives read and write data faster improving the performance of your laptop. Furthermore, SSDs consume much less power than HDDs because there are no moving parts meaning they can extend battery life.

Even better is that they are more resistant to shock, so in the event of a fall, palpitations are less with an SSD than if you have an HDD.

Where do you get one and how to install

SSDs are really common these days and I got my 256GB for US$50 at Hadar Electronics at Shop Number 5 Mon Repos Mall, Newlands, Harare. But you can get one at Fusertech, Zelpack or any other store that sells computers and their accessories. Installation is pretty easy even if you aren’t the best with electronics, however, I recommend you find someone to install it for you. This is good because you will be dealing with someone who is well versed in the hardware.

Additionally, some laptops are easier to open than others. My HP ProBook 4530s has a single screw holding the back cover and 4 screws that keep the drive in place. Some other makes and models might have different configurations and requirements to open up the internals.

It’s also worth mentioning that I got 256GB because I don’t use my laptop for anything else than streaming and work so I don’t need all that much space. Your requirements might be different and it will be more expensive as you go up in size. And you might be one of the lucky ones who has two hard drive ports which means that you can keep your files on your computer in the HDD but install a new operating system on the SDD and boot up from it.

Getting a new operating system is the only big sacrifice you’ll have to make but its a small price to pay for improved performance and its really easy to do too. All you’ll need to do is download a copy of Windows from Microsoft’s website (link here) and create a bootable drive with a flash drive and a software like PowerISO. As far as I know you don’t need a product key if you are going to be using the Windows 10 Home Edition but you will need to create a microsoft account to enjoy the free activation licence.

What about the RAM?

Random-Access Memory (RAM) is storage that is used by computers that can be read and changed in any order, commonly used to store working data and machine code. In other words RAM is just a computer’s working area, so if you are open app/program it is loaded on to the RAM and that is where it will run from up until it is closed. So the more RAM you have the more processes or programs you can run at the same time.

As I mentioned earlier, I had enough RAM for my use case (8GB) but if you have a laptop that has below 4GB or less you might also need to look into getting more RAM to improve performance on top of an SSD. RAM for laptops goes for about ZWL$24,300 at Zelpack for a 4GB stick. Alternatively you can go for 8GB which is priced at ZWL$42,525 but this might be overkill if you are using your laptop for simple tasks like word processing, and consuming content.

So if you decide to go with more RAM you will need to check which specific RAM your laptop uses and you can do this by going with your laptop to any computer store so they can give the right kind for your device. If you are a tinkerer you can open the back of your laptop and take a picture or remove the stick altogether (if it isn’t soldered on to the motherboard).

SSD in an old laptop is the way!

I saved myself several hundreds of dollars by making an investment of US$50 with a 256GB SSD and I am doubly thankful that I didn’t have to spend more on RAM. As soon as the new operating system was loaded the speeds were incredible. I am no longer weary of opening my laptop when I am on the road, it boots up tens of times faster than it did with the HDD.

However, I advise you to take you laptop to a reputable computer shop and let them assess the state of it before you take the plunge on an SSD and RAM. My ProBook 4530s was made in 2012 and it feels brand new, however some other models might be too far gone and this is something you’ll need a technician to look and assist you with the best course of action. Shops like Fusertech, Zelpac and Innovative Technologies actually have in-house technicians that can do the whole process of swapping out the old bits for new ones for those that would prefer it if the pros handled it.