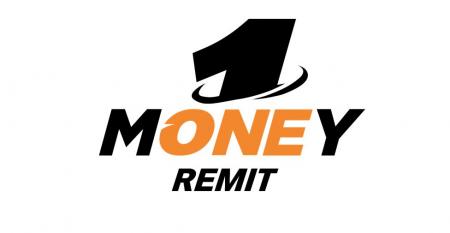 OneMoney’s domestic remittance service (OneMoney Remit) has announced that it is no longer charging its 3% fee for the first transaction you make and if you are sending anything US$10 or more.

· Zero charges for your first transaction.

· Receiver collects money at no cost.

This is really interesting because it appears that OneMoney Remit is going up against EcoCash Remittance’s Dollar for Dollar promotion that is giving back up to US$10 if you send ten dollars or more back into your EcoCash FCA Wallet.

EcoCash set aside US$10,000 for its promo and this is the second running of the promotion. It looks like OneMoney’s remittance service is looking to do the same but not by giving away money. Instead, the NetOne-owned mobile money service has opted for what we have seen from money transfer agents like Senditoo and Shumba Money.

I am guessing the hope is someone will at least give OneRemit a try and maybe stick around if it is to their liking. The only problem with this promotion is that OneRemit has cut its 3% transaction fee, but you’ll still need to pay the government’s Intermediary Money Transfer Tax (IMTT) which was set at 4%. The IMTT for forex was announced last month by the President.

Government is, with immediate effect, putting in place a differential taxation system for the Intermediary Money Transfer Tax (IMTT) as follows:

(i) 2% would continue to apply to local currency transfers; and

President’s speech (via The Sunday Mail)

At the bottom of the promotional material, OneMoney Remit said that it was cutting its 3% fee but that the 4% forex tax still stands…

We contacted OneMoney to clarify and we were told that this was indeed the case.

“Please note that the promotion will reward customers with zero charges when they send $10 US or more using OneMoney Remit on their 1st transaction from the date of launch. Zero charge for your 1st transaction take note, and the receiver collects at no cost. The 0% charge is applicable only to the 3% charged by OneMoney whilst the Government IMT tax remains at 4%”

This is an utter shame for OneMoney Remit because without any transaction fees it would have had a fighting chance at getting some of the market share from the likes of BancABC’s City Hopper, Mukuru and others. However, and on the other hand, it is a little cheaper because it would have 7% with the IMTT. Moreover, it will still be more affordable than all the other remittance services because they will most surely be charging the 4% IMTT on top of whatever fee they are charging for their domestic remittance services.