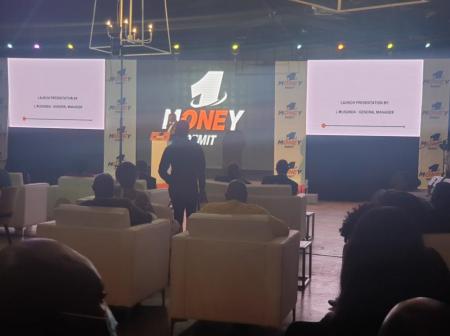 The domestic remittance game in Zimbabwe has become a little crowded of late. Just a couple of weeks ago, Trolleycom launched a city to city money transfer service called MojoMula which followed BancABC’s City Hopper, NBS’ Instant Cash, Access Forex, Steward Remit and the most popular service on the market, Mukuru. Well, it looks like everyone wants a slice of the billion-dollar industry that is remittances as last week NetOne’s mobile money division launched OneMoney Remit.

The good news is that OneMoney Remit is coming into the market at 3% which puts them at about what the rest of the market is charging (with a couple of exceptions):

OneMoney’s domestic remittance service is only undercut by Steward Bank’s offering but miles behind MojoMula and Mukuru.

In terms of accessibility, OneMoney Remit isn’t too far behind as customers can collect at any of NetOne’s 40 branches nationwide. Additionally, there are other yet to be named partner collection points, which if they are numerous enough, will make OneMoney’s remittance service pretty competitive out of the box.

OneMoney Remit vs the competition in terms of outlets

Access Forex has ZimPost as a partner for its domestic and international money transfers. That network spans more than 60 outlets across Zimbabwe and similarly, MojoMula is close to that with its partnership with OK Zimbabwe. BancABC still only has its Pick’n’Pay booths and its bank branches while Mukuru is the clear leader, with Spar, ZB, NMB, CBZ, POSB, OK Zimbabwe, BancABC, N. Richards, Spar, Metro Peech and its Orange Booths dotted across Zimbabwe.

OneMoney Remit might be lagging slightly in terms of outlets but it has something that the others (to the best of my knowledge) don’t have.

OneMoney Remit has one trick up its sleeve

What differentiates OneMoney Remit from everyone else on the market is that you can fund USD into your wallet and send it to one or more recipients from your mobile device at any time. So, essentially you can load US$100 into your OneMoney wallet and send it through to multiple beneficiaries from your mobile device meaning there is no need to queue and fill out multiple forms for separate recipients. And according to the launch event, users will be able to make transfers from OneMoney’s *111# USSD from wherever they are.

This is something that BancABC and others have failed to do. For the longest time, we have been waiting for City Hopper to have a wallet or for the service to be connected to its Visa prepaid card. Now in saying all of that the idea of a wallet based remittance service isn’t exactly new. EcoCash Holdings Zimbabwe’s Cassava Remit, for example, will allow money to route money to your EcoCash wallet for international incomings. However, for the domestic remittance game, this is fantastic from OneMoney.

All in all, OneMoney Remit gives customers more options and a variety of features. It will be interesting to see how it does against the competition in the long run.

8 thoughts on “OneMoney launches domestic remittance service: everyone wants a piece of this industry”