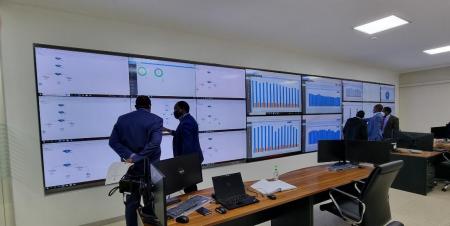 “Minister of ICT, Dr. J. Muswere commissioned the Telecommunications Traffic Monitoring System (TTMS) at POTRAZ today. The TTMS is a revenue assurance system that allows POTRAZ to track traffic by operators in realtime hence calculate revenue generated by each operator in realtime”

It’s been nearly a year since the last time we talked about POTRAZ’s call monitoring system. When it was announced POTRAZ said that it was supposed to be used to monitor the revenue mobile network operators make in real-time.

“In order to ensure accurate revenue collection, the objective of these regulations is to provide for the conditions, requirements and procedures for monitoring of telecommunications traffic in Zimbabwe.”

POTRAZ via The Herald

Who got the tender?

The unfortunate thing about being in Zimbabwe is local companies might not be considered for these tenders or there might not be any that have the technology or have systems that are at the level of international competition. The considerations the regulator made with its call monitoring system are something that we can do nothing more than speculate on (and you are free to do so in the comments).

Anyway, POTRAZ then landed on a company called Global Voice Group (GVG) which has a suite of products that are meant to address the revenue angle that the regulator is after. When we did a little digging we found that the Visio Suite was the one that most aligned with what POTRAZ wanted. The other products in the suite are:

The company POTRAZ got for call monitoring; here are similar deals it made in the past

However, there were no further details as to which one of the many other products that GVG has on offer in the Visio Suite was procured by POTRAZ. From the entire package, you can see that there are other products that are out of the bounds of what POTRAZ outlined in its revenue assurance mission.

As I am sure you are all aware, privacy has become a major issue worldwide and something like the Visio SIM which will allow an authority to offer “surveillance, authentication, and deactivation” is a good thing on one hand because it will mean that it will make it easier for law enforcement to track down offenders. Although, on the other hand, it could also be a slippery slope into needless and unwarranted surveillance.

To ease these concerns POTRAZ said the following when the program was announced.

“A telecommunications traffic monitoring system or monitoring hardware and software will only be installed over such dedicated links with signalling information where it shall be physically impossible for the authority to record, monitor or tap into the content of any personal communication.”

Whether you take them at their word or not is something I am really curious to know.

Have the MNOs cheated POTRAZ that it needs to institute a call monitoring system?

There is a saying that goes “innocent until proven guilty” and it applies to this call monitoring system for two reasons, as well as if we are taking POTRAZ at their word that it is just for monitoring call traffic for revenue purposes.

The first is that, as far as we are aware, there have been no reports of MNOs cheating the regulator. Telecommunications is one of the most regulated industries in Zimbabwe, probably second to finance and banking to the point that operators need POTRAZ’s blessing to increase prices.

If the operators were taking some sort of cut or were neglecting their financial responsibilities, and there was evidence to back this up then I doubt anyone would have batted an eye when the announcement was made.

The last reason ties into the first. By this I mean, there were no figures disclosed for the system that we aren’t even sure we need. Why not expend those resources on increasing capacity in the mobile network operator space than paying Lord knows how much to have a system that we have not presented an immediate need for. Zimbabwe has bigger telecommunications problems than monitoring revenue from MNOs…

To make matters worse, POTRAZ most likely paid for this service in USD because which international firm is going to accept our local currency? This is the same forex that we often hear government agencies bemoan they are in short supply of…

16 thoughts on “POTRAZ has started monitoring your calls. Here’s what you need to know”