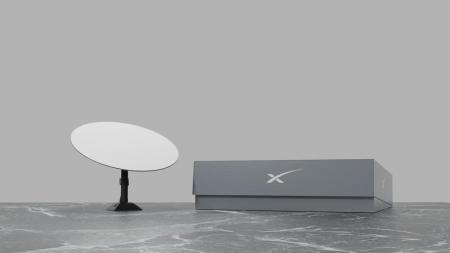 Elon Musk’s internet service provider (ISP) Starlink was approved in Mozambique and Nigeria recently according to a tweet from the man himself.

According to a report by Techcrunch, Starlink’s arrival in Nigeria was said to have been in the works since 2021. The ISP got a 10-year licence that kicks off this year.

For Zimbabwe, we were told that the local regulator is yet to receive an application from Starlink, but it won’t be an issue because it’s basically “private school” VSAT.

Starlink vs our own local ISPs

As for our own local VSAT service providers, Starlink might be a smidge cheaper than most for installation if we are taking into account for how much ISPs charge to get to your house to put up the gear. Utande, for example, charges US$100 for the installation plus US$40.00 for the router, a VSAT annual fee which goes for US$37, the cost of the whole kit is US$350.00 as well as the cost to get to your place which is priced per 0.5 km/h (exact amount not stated).

(US$527 without the cost of travel for the technicians)

This is if you are paying for the equipment outright, they do have a rental option which forgoes the equipment cost. Starlink, on the other hand, is a US$599.00 once off payment for the kit which you can set up on your own.

When it comes to performance for the cost, Starlink wins because they say you can get more than 100+Mbps which is lightning compared to the 5 – 20 Mbps on the local market. According to Ookla, in Q4, 2021 Starlink was able to deliver those speeds in 15 countries. That speed sets you back US$110.00 per month which some might say is expensive but I think if you are in the middle of nowhere, you need fast internet and you can afford it, why not?

However, whether Starlink will be able to maintain those speeds is something else entirely. Reddit user u/ClintonioQuattro posted a timeline of network speeds they experienced last year.

The reason for this might be the connection being handed off from one satellite to another but the speeds are still pretty quick for our local standards. On a good day, I can get 10Mbps on fibre so what I am seeing here is far better than that.

Will I get Starlink when it becomes available in Zim?

Three months ago I would have told you hell no. But now, Most Definitely! And it is because of the announcement of the portability feature that the service now has. This means if I am going to see anyone in a remote area I will be able to bring the dish along with me and we can all enjoy some internet. I won’t be tied to my ethernet cable nor will I need to climb termite mounds or trees looking for bars.

The price for the on the go feature is US$25.00 and that is fine by me if it means I’ll be able to access internet services no matter where I am. But I am personally going to wait until it’s approved because I am not pre-ordering anything that might take time to get the local green light.

14 thoughts on “Starlink is hitting Mozambique & Nigeria this year. How long till we get a crack at it in Zimbabwe?”