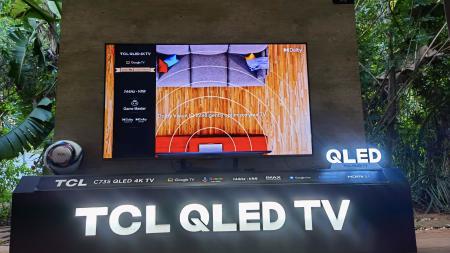 TCL is one of the biggest home appliance brands well known for making decent products at reasonable prices. A value-for-money brand against the likes of Samsung, Sony, and LG in the home appliances market.

In 2021 TCL made inroads into South Africa and the reception was good enough for them to think about expanding to Zimbabwe which becomes the second southern African country where they have an official presence. In Zimbabwe, they partnered up with WRS Switchgear as the local wholesale distributor.

TCL as a brand

TCL is one of those brands that do things under the radar. It’s either you know them very well or you do not know them at all. They have a presence in the smartphone space where they make their own TCL-branded smartphones. They also own the brand Alcatel and for a short stint, from 2016 to 2020, had the rights to produce Blackberry-branded smartphones. In fact, all Android-powered Blackberrys were made by TCL.

TCL is also one of the 3 television manufacturers that fabricate its own displays. The other 2 are Samsung and LG. On top of that, they were the first company in China to develop Quantum Dot TV, a technology that improves the image quality of LCD-based televisions. Improvements include deeper blacks, reduced light bleed, and improved vibrance of colors. It’s as close as you can get to OLED on an LCD panel

Globally TCL is ranked #2 in television sales only getting edged out by Samsung but getting the top spot when counting Android Smart TV market share.

They also produce a whole suite of home appliances. Soundbars, air conditioners, refrigerators, washing machines, and dishwashers. However, for the Zimbabwean market, we get TVs, soundbars, and air conditioners for now.

WRS Switchgear will be providing a 2-year warranty from the purchase date on TCL appliances. They also have access to TCL so they guarantee the availability of spares and parts. Which will be an incentive to choose them over other brands. The list of distribution partners is still not yet available but they did hint at major retailers so we can expect the following to possibly stock TCL consumer appliances.

They highlighted that the South Africa launch was really positive and sales have been encouraging enough to branch out to Zimbabwe. It’s going to be interesting to see how they will entice Zimbabweans in this very price-sensitive market where iTel and Tecno are aggressively lowering the barrier to entry for appliances such as televisions. And the Premium TVs side of things is also giving them a full-court press with the likes of Sony and Samsung as well as Hisense wanting a piece of the pie.