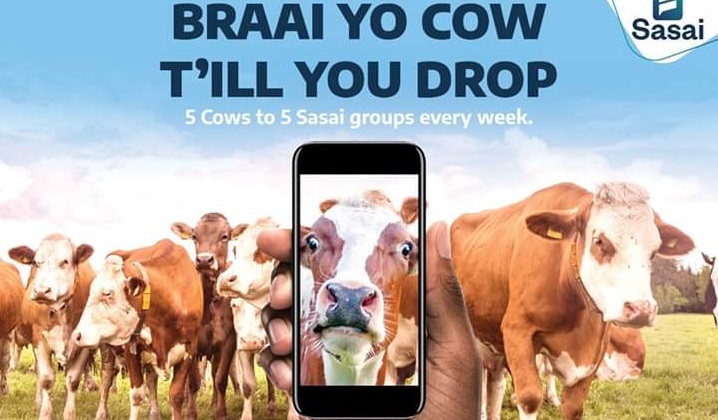 If spamming doesn’t work, you know what might? Cows! That’s probably what was said prior to the launch of the newest promotion by Sasai which will see 5 cows being given away to 5 groups each week. It’s a pretty interesting concept but one that might work!

So how will the Group Admin Challenge work, well apart from posters floating around on the internet which offer very little detail we aren’t exactly sure.

Update: To stand a chance to win create the biggest group chat on Sasai and take a screenshot of the group info and send to 0785 500 000

We assume, because Sasai can track usage stats they’ll be able to see which users are using groups and the five biggest groups will be rewarded with a cow each on a weekly basis from 23 October to 20 November. That’s about 4 weeks which translates to 20 cows.

This challenge is quite interesting but considering that Sasai introduced the Chakachaya paSasai promotion at the beginning of the month, I can’t help but feel like the company is throwing a bunch of things at users and seeing what sticks.