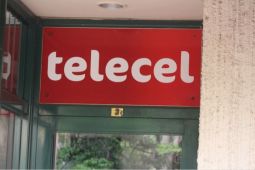 Telecel has had a rough go of it of late. The mobile network operator (MNO) is significantly behind its other competitors Econet and NetOne. With no sign of things improving Telecel employees have approached the government for the MNO to be placed under receivership or corporate rescue as a means to save the company.

“We have proposed the issue of corporate rescue to the government through the Minister of Information Communication Technology, Postal and Courier Services Jenfan Muswere and he promised to institute some changes at Telecel but there has not been any movement to date”

What is corporate rescue?

This is a statutory instrument under section 121 of the Insolvency Act (Chapter 6:07). The Act which was enacted in 2018 is a means to facilitate the rehabilitation of a company that is performing poorly financially.

There is however one hitch to all this. Corporate rescue has to be approved for the recovery plan to be put in place.

So how did Telecel get here?

The government acquired a 60% stake of the MNO through its ISP ZARNet from the communications company VimpelCom 6 years ago. What remained of the original Telecel shareholder structure was EC (Empowerment Corporation) and a consortium of local companies which includes James Makamba’s Kestrel Corporation and Jane Mutasa’s Indigenous Business Women accounting for 40%.

Unfortunately, it hasn’t all been a happy marriage according to The Business Times. There has been infighting for the control of the stake owned by EC. This has been compounded by poor financial returns as Telecel has been making roughly ZWL$7 million a month.

This is in stark contrast to Econet and NetOne who are making more than tenfold of that figure.

Telecel failed to capitalise on the pandemic induced shift to digital

In a report by The Independent, Telecel wrote a letter to the National Employment Council for Communications and Allied Services which read:

“The company, based on the past lockdown that was announced in March 2020, suffered a strain on its revenues and an increase in the cost of doing business.”

The CEO of Telecel, Angeline Vere then confirmed, in a report to Business Digest, that she was on top of things. She went on to say that Telecel has like all other organisations suffered from the lockdown.

The lack of forex, she noted, was one of the reasons why Telecel has been unable to foreign obligations as well as expand its network. It should be said that mobile data was one of the biggest movers in terms of products in the telecoms sector. Data traffic made massive strides because of the pandemic.

POTRAZ recorded 6 661 TB in Q1 2020, 10 407 TB in Q2 and 14 878 in Q3. All that being said there has been a generally poor level of service of late from the MNOs. But that doesn’t explain why Telecel was not able to take advantage of that seeing as it usually sits in the middle of Econet and NetOne in terms of prices. And sometimes it can be even lower than both.

In the same letter to the National Employment Council for Communications and Allied Services, Telecel asked to suspend any negotiations for employee pay adjustments due to diminished income Telecel is operating with.

“From this past experience, we are likely to see a recurrence of diminished revenue and increase in other costs, hence our request to suspend the negotiations for the month of January. We further request that any review or adjustment be looked at after the lockdown for sustainability of operations and jobs”

“It is common knowledge that during lockdowns, telecoms companies have seen an upward trend in revenues especially in data, but Telecel is relying on voice and yet data is now the revenue driver”

He went to say that in Masvingo and Manicaland there are only four engineers and one vehicle to service the region.

“An engineer from Harare attends some of the faults. Workers in Gweru are walking to the Gweru base station controller to ensure there is connectivity because once the base fails, it affects the network in Gweru, Gokwe, Masvingo and some parts of Bulawayo.”

He closed by saying that Telecel employees are concerned about the MNOs subscriber base decline over the last half-decade.

Corporate rescue looks like one of a few routes left to Telecel. The other alternatives would be adopting a similar policy to South African MNO Cell C.

While trying for some time to fight the downward spiral. The Cell C higher-ups seemed to have the presence of mind to change strategy completely. The company moved its customers on to other carriers and now operate in the murky realm of being a Mobile Virtual Network Operator (MVNO) and a full MNO.

This route is one that Telecel should consider or face the other alternative/outcome, which is shutting up shop.