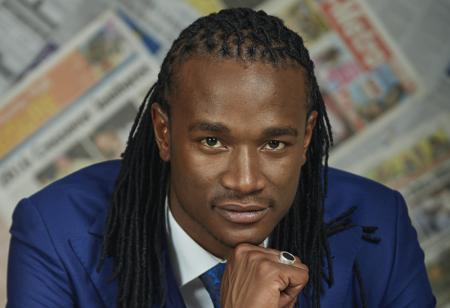 As I am sure you have already heard Jah Prayzah has launched his latest album Gwara exclusively (audio version) on local super app Gateway Stream. If you have never come across the app it’s akin to Cassava Smatech’s Sasai in that it has a lot of services under its umbrella. You can book hotels, do your grocery shopping or shop online for other things, book a taxi, stream music and more.

Now, if you have been around Techzim for the last six months or so you’ll know my position on super apps. My frustrations have mainly been with Sasai in that it is far too bloated but ladened with some very useful features that would probably be better served as separate apps.

Gateway Stream is the kind of the same but it has its own issues and the Jah Prayzah album exclusive launch revealed them.

To be a super app or not? This is the question

I already had the Gateway Stream app on my phone and thought that it was going to a seamless process to get to the streaming service but boy was I wrong.

When I clicked on the Music tab I was then told to download the Gateway Stream Music application. You aren’t reading that incorrectly if you by some chance made a mistake and downloaded the main application (or like I, you already had the main app) then you were going to have to download another app.

Now, it isn’t unusual for applications to be made in modules and this is something that Sasai should probably be doing. On the other hand, the name “Gateway Stream” is a little confusing in that if you don’t dig through the description or look through the other search results, it’s easy to assume that you have arrived at the app that will fulfil the music streaming function. And we all know how expensive data is these days.

And on that note, it looks like login credentials aren’t universal across the Gateway Stream app ecosystem. I had to sign up again on the music streaming app in order to access the service.

Gateway Stream didn’t have the capacity to deal with demand

The super app not super app thing wasn’t the biggest problem though. Jay Prayzah fans couldn’t access the album on Gateway Stream Music for some time after it launched due to a flood of users both new and old.

They clearly had not anticipated the flood of users who would come looking for Gwara. This obviously didn’t play well with Jah Prayzah’s fans just scan through the comments. The issue could be that Gateway Stream Music doesn’t use cloud services to manage user influx. However, this would be strange because many companies have been leveraging cloud services in order to accommodate the rush to digital we have seen over the last year or so.

Although it isn’t up yet on Spotify, Boomplay, Audiomac, Deezer or Apple Music (at the time of writing). It might be a case that Jah Prayzah and his team struck a favourable deal with Gateway Stream to exclusively launch the album there and then slowly roll it out on other platforms.

Hopefully, it’s like the Holy Ten case from earlier this year when he dropped his album on Apple Music only and then later rolled it out elsewhere…