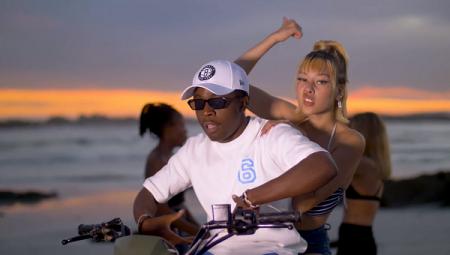 Holy Ten released what is probably the most anticipated album in recent memory. The album titled “Risky Life” is I think pretty special, a contemporary mix of new-age hip-hop production laced with the ups and downs of the life of most Millenials and Gen Zs. I could go on about it but this isn’t an album review.

This is more a look at why Holy Ten or his label chose to snub the recently launched Spotify (and others like Deezer) as a platform for the album’s release. The album debuted in full on Apple Music on the 16th of April and was slowly dripped on YouTube with periodic releases for those who don’t use Apple Music or can’t pay for a subscription.

Now, this is going to be pure speculation because the reason might be a lot simpler than the tale I am about to weave. However, on Friday, Apple Music released an open letter to its artists laying out the fee structure for every track streamed

The sum is about 1 US cent/penny per stream, according to the Wall Street Journal. Spotify on the other hand pays its artists and rights holders a third to a half a penny per stream. Even though it (Spotify) is the biggest music streaming service on the planet.

So is it about the money?

Not entirely. What I mean by this is that Holy Ten or Jacaranda Records might have simply prioritised the channels that would have gained the most traction the quickest.

It would be silly to snub Spotify just because of the money because any money is good money these days especially looking at how hard hit the entertainment industry has been by the pandemic.

I think that Holy Ten and his management thought it best to use services that already had a footprint in Zimbabwe. When Spotify launched there was much hype surrounding it, however from what we saw there is a considerable Apple Music community in Zim as well as a smattering of Deezer users here and there.

However, the majority of Zimbabweans access music online via YouTube so it makes sense that these would be the channels that Holy Ten’s album would be released to first. But if we are talking about money, YouTube ad revenue isn’t that high.

According to Influencer Marketing Hub, YouTube creators make about US$0.10 to US$0.30 per view. The average is about US$0.18 which means that a creator makes (and this is a rough estimate) US$18 per 1000 views. And this is before YouTube takes its cut of 45% of the ad revenue generated.

So even at the upper limit on YouTube, a creator/musician is making less than the third of a dollar that they would be making on Spotify.

In Holy Ten’s case (as with most Zimbabwean artists), he has a larger following on YouTube than on Spotify. This means that even though he’ll probably get more on Spotify per listen, he will reach more people on YouTube and make more.

So why not release it in full on YouTube?

As I mentioned earlier and as you have already seen, Holy Ten started a slow rollout of Risky Life on YouTube. At the time of writing, there are nine of the twelve tracks available on his official YouTube page while the whole album can be streamed on Apple Music.

So if YouTube makes more sense for the broader audience why not drop it there? Why bottleneck users to Apple Music?

Earlier on I said that this isn’t entirely about the money. The other component to this move might be to create a sense of scarcity. This album was and is one of the most talked-about and its rollout had to in some respect match both the financial aspirations as well as the (for a lack of a better term) “clout”.

Not a lot of people want or have the money to pay for an Apple Music subscription. For the former it might be a case of the friction of getting used to a new service and for the latter its the cost and the data.

There is, I think, a majority in the middle that will wait for the album to get to the platforms that they use or are subscribed to. This then creates a furore around the album that keeps it in the public consciousness for a lot longer than a massive drop on all platforms could ever.

Although this creates a massive and familiar problem.

Piracy is a real problem in Zimbabwe. Content creators lose untold sums of money because there are some people who, due to economic hardship, cannot afford wider internet access let alone the monthly subscriptions to these platforms.

When something, as anticipated as Holy Ten’s Risky Life, drops you can be sure that someone somewhere is distributing it illegally. I am sure that there is someone out there who has recorded the tracks from Apple Music through its two-month free trial and is now distributing them on WhatsApp and other channels.

One such case is an account on YouTube that looks like Holy Ten’s and even has the same name as well as a similar number of tracks to the ones on his main channel account. The channel has racked up thousands of views and it doesn’t look like it is affiliated with Holy Ten.

All of those views that could have been going to the rights holder and the content creator are now being leeched to someone who didn’t play a part in the album’s creation.

The music business is well… a “Risky Life”

I think I should stress yet again that most of this is speculation. The album rollout might have nothing to do with what was mentioned here. Although the signs point to Apple Music being the destination of choice because of the pay out as well as the a sense of scarcity or exclusivity.

The unintended consequence is that Holy Ten and crew by choosing this option might have made have increased the “piratability” of Risky Life. I don’t know what the numbers will be at the end of the day but they may have lost out on quite a bit of money by limiting its release.

Update: Risky Life is now up on Spotify

5 thoughts on “Why did Holy Ten choose to release Risky Life in full on Apple Music only?”