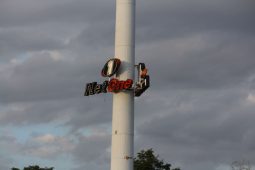 State-owned mobile network operator (MNO) NetOne held an event where it announced the expansion of its network capacity. The country’s second-largest MNO is set to install over 300 new base stations under the NMBB3 (National Mobile Broadband Phase 3).

Over 300 new base stations are expected to be established under the NMBB3 project. The base stations will have 5G technology. pic.twitter.com/gxBK1i09B0

As has been said many times over by NetOne, the goal for the project is to bring 5G into Zimbabwe. This is a lofty and misplaced objective because at present 4G LTE coverage is in select areas and its performance is spotty at best. Even the now ancient 3G is unheard of in small towns and cities.

Last week we reported on the state of mobile internet coverage and consistency in Zimbabwe citing that the jump to 5G didn’t really make sense. Neither does including 5G in the PR for this project.

I dare say most Zimbabweans would be happy if they could traverse from town to town without so much as a hiccup in internet connectivity even if it’s just 3G. Furthermore, how many devices in Zimbabwe can utilize 5G? I doubt there are many.

Another thing this brings up is the investment made by the government and its MNO. Wouldn’t it have been cheaper to buy more 4G infrastructure as the technology is reaching maturity rather than dipping our toes in services that are still relatively new?

Before I go on a biblical tangent, I leave it to you to weigh in on this in the comments. Do you think 5G is the way?