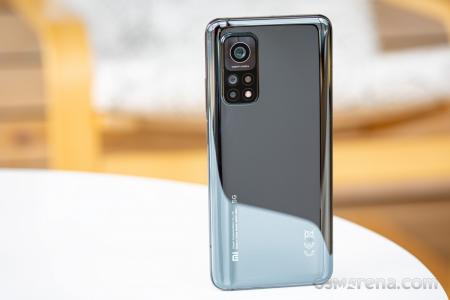 The government of Lithuania had some rather strong if not downright hysterical advice for its citizens. It said that they need to throw away their Xiaomi and Huawei phones soon as possible. This is because the country’s authorities claim, they have found what are essentially backdoors in these phones that will allow the Chinese government to spy on people who have some models of these phones.

The country’s National Cyber Security Center (NCSC) published this assessment after looking at three current Chinese phones that are popular among its citizens:

Only the OnePlus satisfied the authorities. The other two were condemned because they supposedly have software that allows the Chinese government to censor and control your phone. For example, Xiaomi’s phones come with the Mi Browser preinstalled. The browser has a censor feature that is turned off by default but can possibly be turned on.

This feature would prevent people from searching for information that the Chinese government considers sensitive. For example, searching for “free Tibet” would only return “approved” results. The NCSC also found that the Mi Browser makes use of Google Analytics and this would lead to customer tracking.

They also found a module called Sensor Data which has the ability to collect 61 parameters related to application activity including things like app usage, activity, language used among other things. these statistics are encrypted and sent to Xiaomi’s servers in Singapore.

The Huawei P40 didn’t have any of these but their crime was that they don’t include the Google Play store which makes them very dangerous indeed. Of course, I am being sarcastic. Anyway, it seems some versions of the P40 came with third party stores preinstalled as Huawei scrambled to find a replacement for the Google Playstore following the Trump ban. Now Huawei phones have the Huawei App gallery instead. This is safe.

This is just geo-politics at play

Xiaomi’s crimes are nothing more than Telemetry and you can always choose not to use their inbuilt browser anyway. Most people don’t. Their global devices come preinstalled with Chrome and have the Google Play store. Telemetry is quite common in the software world even Samsung does it. This is therefore just nothing by a whole boatload of FUD.

Lithuania has a pro-western government that is currently embroiled in a fight with the Chinese government whom they accuse of bullying. Besides parroting the findings no one is seriously suggesting you throw away your Chinese phones.

Not that we, Africans, and Zimbabweans have the luxury. It’s not like we make our own phones. We have two choices: be spied on by the West and its capitalist machinery including Facebook, Google and Microsoft or be spied on by our Chinese devices. Often we settle on both.

You can therefore go ahead and buy your Xiaomi 10T or P40 with confidence. If it really had backdoors, as the government of Lithuania claims, the U.S would have shouted it from rooftops given how it hates both companies. The NCSC’s shrill warning of backdoors is just technical noise.

2 thoughts on “There are “backdoors” in some Xiaomi and Huawei phones: Lithuania government”