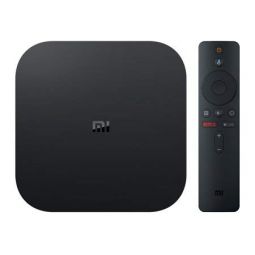 By now you probably know that I am a bit of a Xiaomi fanboy. It’s not just blind loyalty though. There is a good reason for it. I have watched the company grow from being a niche budget phone maker to become the second-biggest smartphone maker in the world and even today they continue to expand at breathtaking speed. Much of that success is hinged on them making solid good quality products and selling them at affordable prices. What hasn’t been good is the way they have been pushing buggy updates to their Xiaomi Mi Boxes.

Their latest OTA update bricked my beloved Mi Box S and left me feeling a little bit cheated and having second thoughts about ever buying a Xiaomi product again. This is where I warn you, dear reader. If you have a Xiaomi Mi Box S you might want to avoid updating to their latest software patch. Doing so might turn your box into nothing more than a paperweight.

Normally receiving OTA updates from a manufacturer is a good thing. These updates come with various bug fixes and most importantly they often include critical security patches ported from the upstream Android TV project. The Mi Box is a device that relies on streaming for the most part and that means it has to be connected to the internet. The internet is a dangerous place to be these days and so security updates are critical and needed.

The problem with Xiaomi however is that each time there push an update it seems they do a poor job of making sure the update itself is safe. Each time they push an update a number of people complain about bricked boxes and it seems the company doesn’t offer a good warranty in most countries including Zimbabwe.

If a box is bricked you are essentially on your own. There is no service centre where you can take it to have it repaired. This is mostly because these boxes, like with most phones and gadgets, are grey imports. Usually, that’s not an issue as they are solid products but when they fail it means you are stuck. Your only options are to either find someone to fix the box, buy a new one or, if you are skilled enough, fix the box on your own.

Turns out there is no one offering specialist services for Xiaomi Android TV boxes in Zimbabwe. The bulk of handymen that I approached didn’t even know what a Mi Box S was and all of them had no idea how to fix it. There is an unbricking guide pinned in the unofficial Mi Box S Telegram group in India but it involves opening the box, getting a USB type-A cable and shorting stuff inside the box.

What’s worse is even if you go to all this trouble and the method is successful the box typically loses Widevine Level 1 support. This means is bye-bye Netflix 4k/HD, no more HD in Amazon Prime, no more surround sound and no more ShowMax, DStv Now and any other service you like. In essence, the box just becomes another garbage Chinese box like the kind they sell on Aliexpress.

My advice is to avoid Mi Box updates like a plague until maybe a few weeks after release. By this time all kinks are likely to have been worked out and the update will be safer for you to install. I would also recommend getting the Google TV Chromecast (the Android TV stick not their older Chromecast) but unfortunately, no one is really selling those in Zimbabwe at the moment.

Alternatively, you could also get the Firestick but it’s kind of underpowered and most importantly it doesn’t come with casting capabilities. So for now your only option, if you brick a Xiaomi product, is to get another Xiaomi Product. So yeah, I went on ahead and bought another Mi Box S while cursing Xiaomi under my breath.

Did I already warn you not to update your Mi Box S already? Seriously don’t do it!