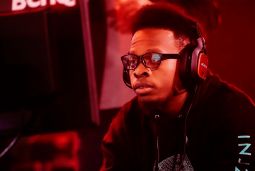 When it comes to laws the Chinese government has always taken a paternalistic father-knows-best approach. Where other governments in the world agonise about balancing between freedoms and people’s rights the leaders in Beijing seem not bothered with such trivial matters. They just do what they think it’s best even when it comes to internet regulation. Their internet filtering engine is legendary and now they have just unleashed a piece of regulation that’s unusual to say the least.

The country’s video game regulator recently limited online gamers under the age of 18 to only one hour of gaming per day. That’s not all. “Children” as such people are being called, will only be allowed to play these games on Fridays, weekends and holidays. So no more gaming between Monday and Thursdays unless it’s a public holiday.

This is to stop teenage addiction

In general, recent generations of parents have worried about the amount of screen time their children are having. With smartphones so cheap to the extent that everyone has one or at the very least can access one, older generations from the less techy past have bemoaned the inordinate amount of time the “young ones” spend glued on to these devices.

Since the turn of the millennia, various social groups have argued that Video games are a bad influence on growing children. Cases of video game influence have been brought up even in court cases by defence lawyers seeking to get their clients off. The truth is I am personally not sure how far-reaching video game addiction can be or whether spending time playing a video game increases one’s propensity to commit violence or increases their indifference to it.

The Chinese authorities seem sure about this and they have taken drastic action to curb the “menace” of video games. One thing to note is that the rules were already tight in China compared to other countries. Those under 18 were only allowed to play online video games for up to 90 minutes per day and for no more than 3 hours a week.

China already has a thriving teenage online gaming community that also happens to be a vibrant and growing industry. This new law will have a chilling effect on the current “summer of gaming” that was taking place in the country. It’s also not clear how online game providers are supposed to implement the new law.

I mean how hard can it be to circumvent these restrictions? The thing though is that this is China. One upside to being an omniscient government that monitors everything about your citizens is that you know each one and come up with easy solutions that are difficult to thwart.