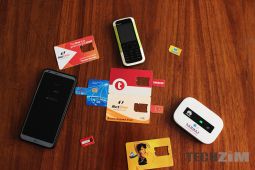 The Postal and Telecommunications Regulatory Authority of Zimbabwe (POTRAZ) has released the sector performance report for Q2 2021. One of the major highlights of the report is NetOne’s continued upward trend in terms of subscribers gained. NetOne has over the years slowly closed the chasm of the gap that exists between it and market leader Econet and Q2 2021 was no different as the state-owned mobile network operator (MNO) had an 8.2% appreciation in subscribers and in doing so breaking the 4 million subscriber mark.

Econet was no slouch as the country’s biggest MNO increased its already impressive subscriber base by just over 200,000 new subscribers in the second quarter.

After a very poor showing in Q1 2021 where the MNO lost 20% of its subscribers, Telecel has increased its active users by 0.2% in Q2 2021. The nation’s smallest mobile network operator has been plagued with problems, chief among them have been the boardroom wrangles it has had that have robbed the MNO of a clear identity and direction.

In addition, Telecel’s employees earlier this year pushed for the company to put into corporate rescue. The mobile network operator was the only player in the field not to make the most of the push to digital that saw mobile internet usage skyrocket during the height of the pandemic. This resulted in wage stagnation and degradation of service.

This very marginal gain is a silver lining. It shows at the very least that the slippery slope has been temporarily halted. What Telecel does now is going to key because it now has to show that it is has a fighting chance (however slim).

Although in saying that there needs to be a greater push and variety with the products and services on offer. The Telecel Go Points promotion was a decent start, but the folks at Telecel will need to get inventive if they want to sustainably compete in the space.