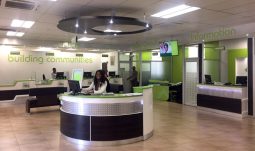 National Building Society (NBS) has joined in on the remittance game by launching a competitor to BancABC’s City Hopper called Instant Cash. The remittance space has been something of a cash cow of late. Last year the total money received in Zimbabwe recorded just over US$1 billion. This was after there were projections that it would decrease by as much as 20% because of the pandemic.

On the domestic front, there were no “cheap” options until BancABC came on to the scene with its 3% City Hopper. Alternatives at the time were Mukuru which charges 7% or you could try your luck with a runner. NBS‘ entry brings yet another player in the market and this is good especially in this dollarisation 2.0 era we are living in.

“In addition to working with international money transfer agencies like Senditoo and WorldRemit, the building society has added an exciting local remittances product, NBS Instant Cash, to deliver world class services in the remittances space”

How does NBS’ Instant Cash stack up against the rest?

Unfortunately at the launch event, there was no mention of what the charges are going to be like. However, there is a minimum of US$10.00 if you want to send money to someone where NBS has a presence. To send money via NBS’s Instant Cash you will need to have your ID and the contact details of the recipient.

To increase coverage National Building Society is set to roll out more outlets or kiosks across Zimbabwe.

You can watch the fulll launch event with the link below: